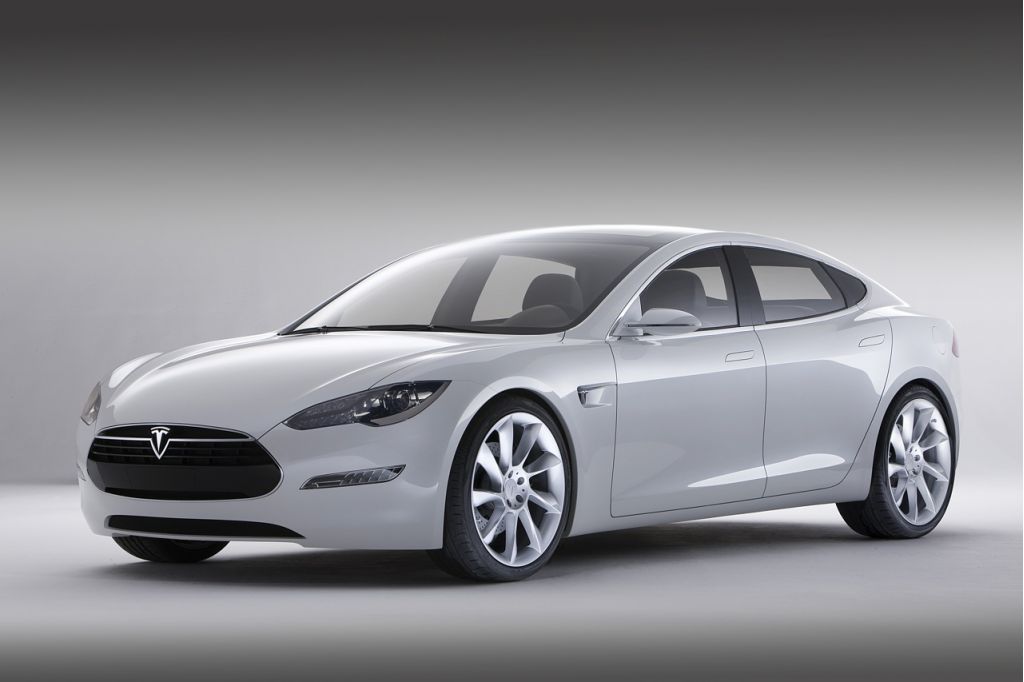 Tesla strutted its stuff for our jaded green-car reporters earlier this week. Do you think it's a startup, or not? [GreenCarReports]

What's your best bet on a new-car deal this week? Could you believe...a MINI Cooper? [TheCarConnection]

Sure, you're interested in alternative-fuel vehicles. But do you know which one works best for you, or what to look for? [TheCarConnection]

On another wavelength, Dodge has an $85,512 Challenger that burns gas like nothing you've seen, and you can't drive it to the 7-11. [PoliticsAndCars]

Toyota's back in free-maintenance mode, offering two years or 24,000 miles' worth of shop time on new Toyotas and Scions. [TheCarConnection]

Where should you turn, when your on-call service department closes along with the attached showroom? You have options. [AllCarAdvice]

Will Audi's Quattro Concept from the 2010 Paris Auto Show enter limited production? The answer lies behind this link. [MotorAuthority]

The next Mercedes-Benz SLK roadster gets some cool glass-roof features, but you'll have to wait until the Geneva motor show to see them in their glory. [MotorAuthority]

Two new Prius models may be in the works: a small hybrid, and an MPV with plug-in hybrid technology. [GreenCarReports]

You followed us on the Fireball Run; now see how we maintained near-ubiquitous 3G so Joel could tweet pictures of himself. [SocialCarNews]

Could RatCar kill all your enthusiasm for driving, or is it a ray of hope for the disabled? [CarNewsBreak]

Finally, today, in gurrrrl-please news, former 30-somethings/current frenemies Kim Zolciak and NeNe Leakes were spotted with open containers in the season debut of the Real Housewives of Atlanta. Were they testing the limits of the law, or just the limits of our patience? [CelebsAndCars]