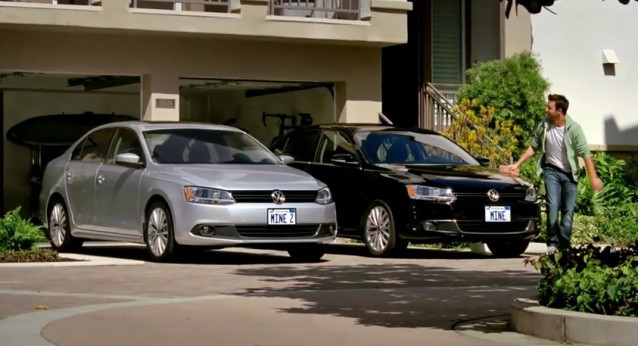 It's no secret that Volkswagen and its CEO Martin Winterkorn have big dreams of conquering the world. (Ah, Germans.) In fact, the company has repeatedly said that it wants to surpass the current #1 automaker, Toyota, by 2018, but in order to do that, Volkswagen will really need to up its game in the United States. The silver bullet in VW's arsenal? The 2011 Jetta.

The latest iteration of the Jetta was unveiled in June at an event in Times Square featuring former MINI muse (and current Audi driver) Katy Perry. The Jetta's marketing campaign launches this week, featuring ads like this:

As much as we like Volkswagen -- and we do -- we have some serious doubts about this campaign. Sure, we understand that the economy's weak and that everyone's scaling back, but is the 2011 Jetta's only selling point the fact that it's cheap?

Admittedly, we don't have clear demographic data on Jetta sales, but we're guessing it's targeted to younger consumers. How many of those younger consumers will be drawn to a bizarrely shot commercial starring Gene Kelley and Danny Kaye Donald O'Connor dancing from beyond the grave? Our Magic 8 Ball says, "Answer unclear."

And then, this unfortunate clip:

We say unfortunate because (a) all it does, again, is tell us that the Jetta is cheap, and (b) we can't look at a Segway without thinking of last week's tragedy.

From where we sit, Volkswagen's ascendancy to the #1 sales spot seems less-than-certain. Between these curious commercials, poorly received models like the Routan, quality problems with rides like the New Beetle, and the return of the previous disaster known as the Phaeton, we're not exactly optimistic. (And let's not even bring up the topic of the potential Porsche Cajun.) Still, we have to hand it to Winterkorn & Co: there's never a dull moment as long as they're around.