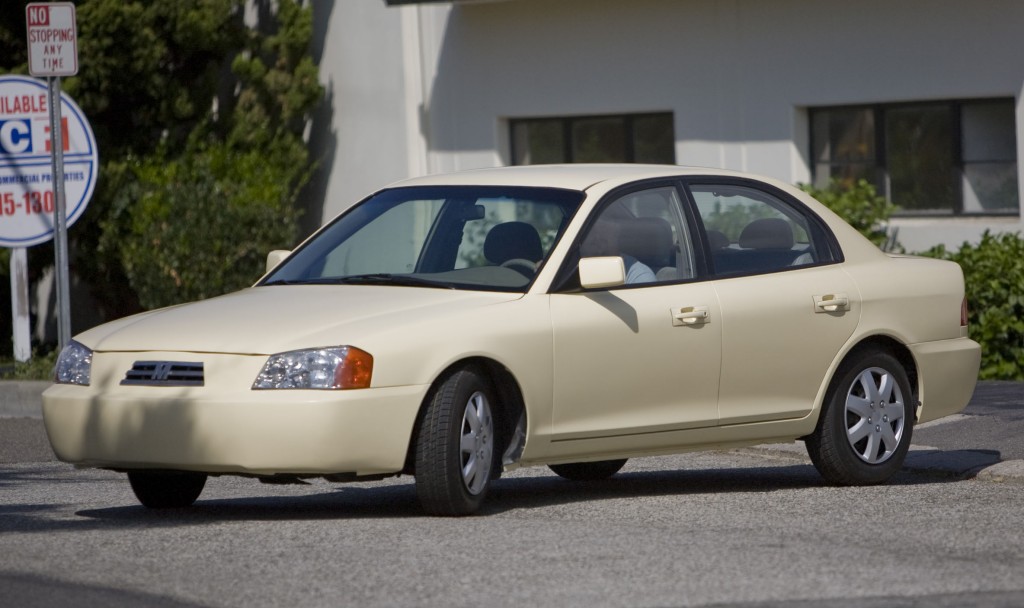 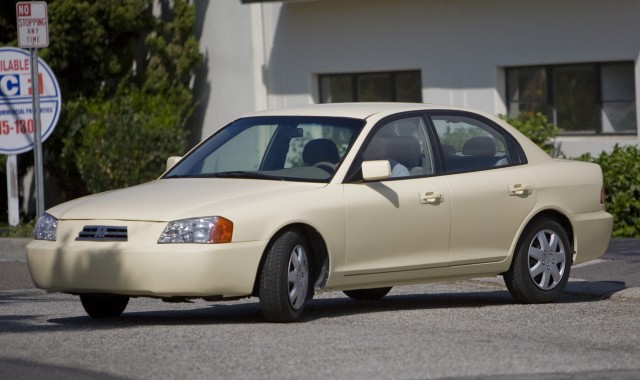 Last week, an eagle-eyed reader over at Motor Authority sent in some spy shots of a curious sedan sporting a "M" on the grill and a nameplate that read "Mediocrity". Painted the color of a 1998 IBM desktop computer and looking a lot like an old Kia Optima, Marty Padgett's first guess was that the car was part of a viral marketing campaign -- and as it turns out, he was right.

Over the weekend, we got news of the 2011Mediocrity Twitter feed. A quick trip to that profile uncovered a link to this webpage for a new line of cars called "Mediocrity", which promises "the most mainstream driving experience" on the road. Unfortunately for fans of mystery and intrigue, the site's URL spoils the fun by revealing that this is all part of a stealth marketing campaign for Subaru.

On the plus side, the Mediocrity website is really well executed: clean, simple, and easy to navigate, but still full enough to be worth a visit. The site's style and architecture make it seem legit, even though video clips like this one make it abundantly clear that the whole thing's a gag:

(The one fake plant in the background? Genius.)

On the negative side, though, we have some questions about the rollout of the campaign. Most importantly: why would Subaru go to all the trouble of building a fake brand and a fake site to go with it, then host it on their own website?

From where we sit, Subaru shot itself in the foot by revealing the origin of the campaign before it even launches (tonight at 10PM ET, during a run of The Closer on TNT). The whole point of a stealth campaign like "Mediocrity" is to keep the public guessing, to build suspense and anticipation. But anyone who looks at the URL for www.subaru.com/content/static/fightmediocrity can quickly see what's going on: surprise ending spoiled, mystery solved, Angela Lansbury lives to sleuth another day.

Still, the creative is well done, and we're sure the public will find it funny. (We just wish the creative team had been included in planning the launch.) We're curious to see how the Subaru brand gets wrapped into the campaign, but curious enough to watch TNT? That remains a mystery.