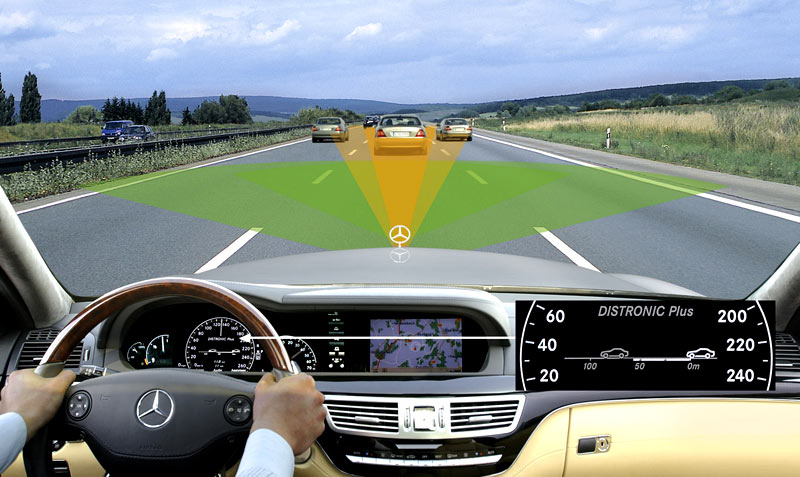 Illustration of the Distronic Plus collision-avoidance system from Mercedes-Benz 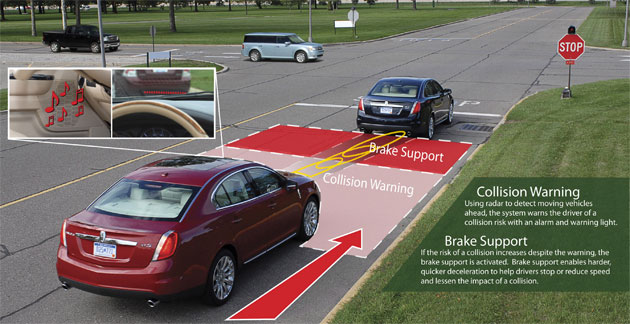 If you're considering a sport sedan or crossover from one of the luxury brands, chances are it can be optioned with a radar-based system such as adaptive cruise control—which will maintain a set following distance from vehicles ahead—or, collision avoidance systems that might provide a warning, prime the braking and safety systems, and potentially help reduce the severity of a crash or avoid it altogether.

Examples, which each operate in a slightly different way, go by a number of different names, including the following:

That system from the Lincoln models is also available in the 2010 and 2011 Ford Taurus—making it the only non-luxury application of the technology. But even a loaded Taurus with that system costs thousands more than the average price of a new car—between $25k and $30k.

Fast is, so far, such systems have largely been the realm of the wealthy.

Supplier TRW Automotive plans to introduce a lower-frequency—and lower-cost—version of its radar technology that will be deployed in more affordable vehicles, especially those for the North American market.

The systems, which are also to be launched in 2013 in the European market, are only good up to about 87 mph, Ward's reported, which would make them ideally suited to the U.S. market and lower-cost cars.