Automated Parking Garage Does Away With Valets--And Is Greener 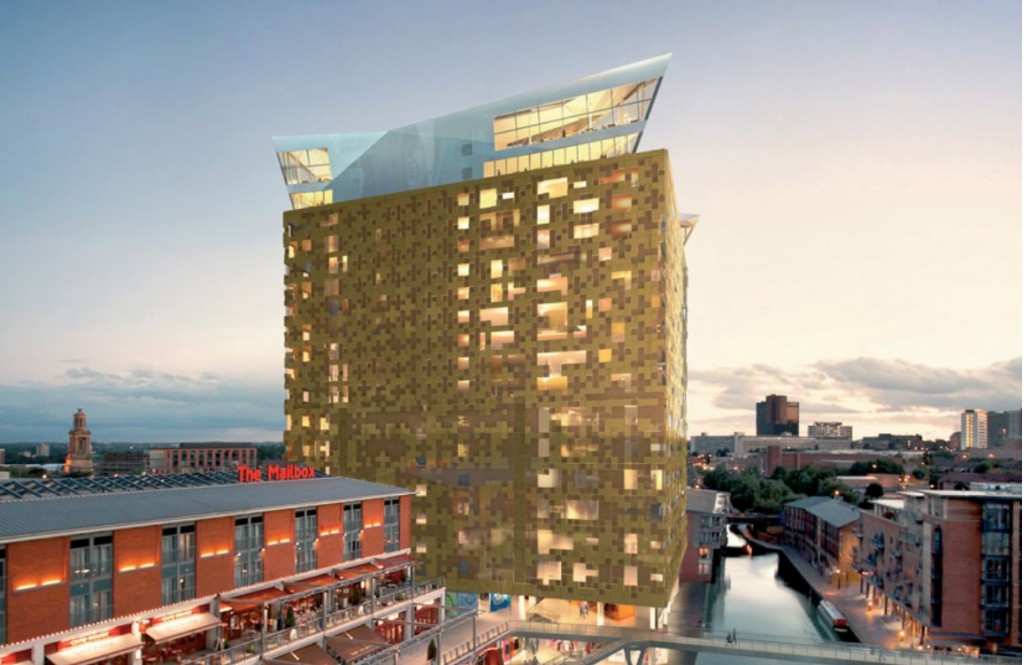 You've probably heard plenty about valet parking attendants gone wild. But a new high-end parking structure that's part of a development in England has it solved: Automate the whole operation.

Parking structures, as well as being an eyesore, are an inconvenience that many of us have to face on the daily commute. Each time, you waste precious minutes, circling around on tight, claustrophobia-inducing ramps, scanning for open spots, and watching out for overzealous drivers. And if you leave it to others, yep, there are those valets.

Although there have been a number of efforts to automate parking—including several in New York—the 450,000-square-foot development called 'the Cube,' in Birmingham, England, has a full garage that was conceived from the beginning to do all the parking itself.

Installation of the complex 'automated car park' system began in May and is nearing completion. The garage has been subcontracted to the German company Wohr, and has a total of 339 spaces over three stories.

Cars will be driven into an entry chamber, then using an automated system with swipe cards or keyfobs, the vehicles will be ferried on pallets into their appropriate space. The system—while you're waiting in a lounge area—will be able to return your car back to you in less than two minutes, which is probably less than it would take to walk and take stairs or an elevator, then find your way out, in a typical garage.

The underground garage has two independent stacking systems, so there's consistent service even if one of them breaks down.

There are benefits you might not think of. For instance, the garage is a lot greener than a standard setup, as vehicles aren't inefficiently driving around the structure looking for parking, exiting, or queuing up (with a cold engine) to pay. And, of course, you can likely fit more vehicles into a smaller space.

You probably don't have to leave a tip, either.