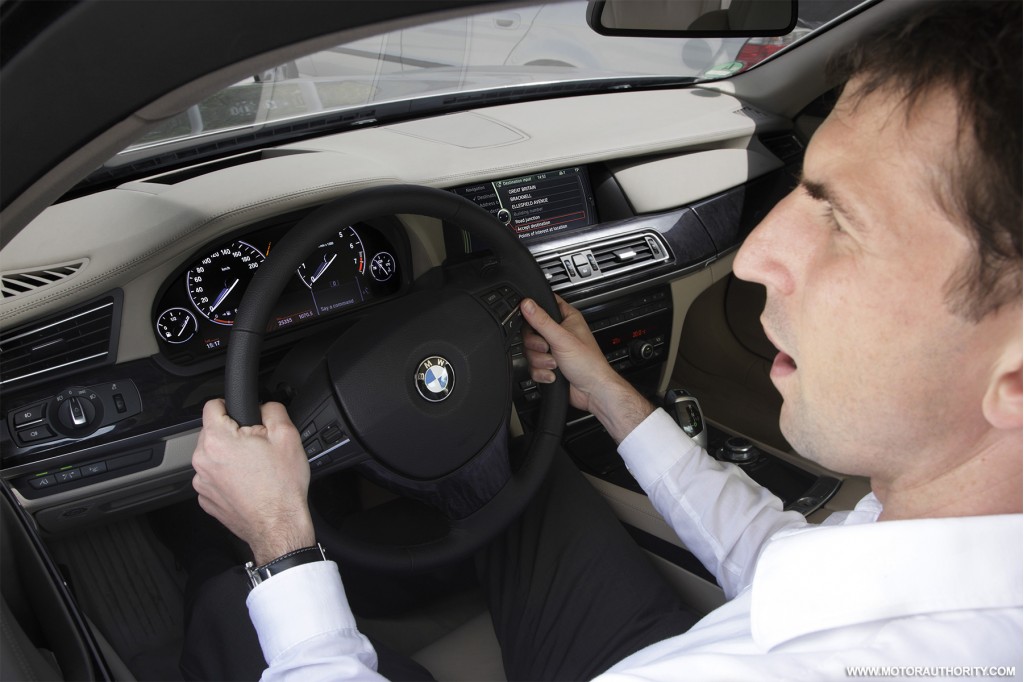 If you have one of the newer smartphones, like an iPhone or anything running Android, chances are you have an app (or several) that takes advantage of voice-recognition capabilities.

These new apps, for the most part, are amazingly good, getting quite accurate results even when whispering, or speaking with affectation.

So how is it that your smarphone app can accurately identify something like "directions to deep-dish pizza," when on a crowded sidewalk, while your car's nav system can't tell the difference between "zoom in" and "mute on"—slowly and clearly said in your quiet car cabin?

For Kia's new UVO system, starting with the 2011 Kia Sorento and Sportage and soon to be in the 2011 Kia Optima and the rest of the lineup, is a big step forward. Just like Ford's Sync system, voice-recognition is noticeably better, and you can give a range of more natural commands at any time, not just when you're in a particular submenu. The automaker has partnered with Microsoft for the architecture and Microsoft affiliate Tellme Networks—one of the premiere providers of voice-recognition software for call centers—for that side of it.

But even Henry Bzeih, Kia Motors' Manager, Connected Car, admits that if you call a company for help, or 1-800 numbers for customer service, you'll probably find that experience a whole lot better than voice commands in a vehicle environment.

The reason? While the software might be related, the whole voice-engine experience is different, Bzeih explained. When you call a company, they're using powerful servers, Bzeih said, with "far more processing speed, far more memory, far more capacity" to determine what you've said.

Challenged by bits, bytes, and bandwidth

In a vehicle, you're trying to get that same experience that serious processing power provides, only you're challenged by mobile hardware. "It's not there yet, in terms of providing the same horsepower there on the microprocessor side, the same memory capacity, the same speed," Bzeih lamented.

The workaround, he explained, could be to, instead of relying on the embedded device, go off-board—shipping the raw data off to a server to be decoded (like you'd experience in a Dragon or Google app on a smartphone). Through that path, you'd utilize the capability of a brick-and-mortar system but hopefully create—in the car—a similar result to what you'd get from a server.

Sadly, that's not a possibility either. Up in the hills, at a winery near Temecula, not far over a short ridge from a number of subdivisions, where I sat with Bzeih, we had could only get a weak signal from one cellphone provider. "We're just not up to speed in getting adequate cellphone coverage," Bzeih said, which makes a system that relies on one particular cellphone network (to quickly send the data out for interpretation) out of the question.

"A lot of inroads have been made...there are actually vehicles entering the market that can go off-board for voice...but it's a tough road."

Command structure is one workaround

In the meantime, newer systems like UVO and Sync take advantage of greater onboard processing power with a flattened command structure. "So what we try to focus on is on creating a flat command structure, as much as possible, within the technical abilities of the system."

Though these systems are much improved, for at least a few years, until processing power comes down in price and size—or until we have more reliable data networks—in-car voice recognition will remain a bit compromised.