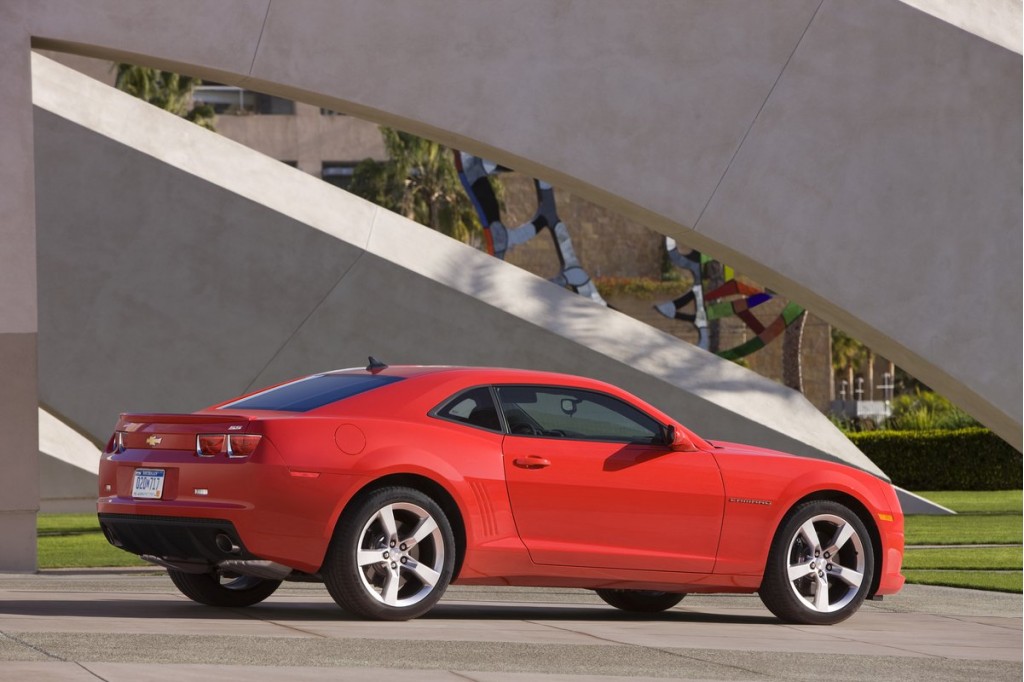 It's on: starting tomorrow, our trio of editors takes on Valentino Balboni et al in the 2010 Fireball Run in a 2011 Chevy Camaro SS! [SocialCarNews]

Meanwhile, us schlubs stuck at the desk get to fill out the 2011 Chevrolet Camaro full review, and tease ourselves with a score of 9 for handling. Where's our fire suit? [TheCarConnection]

Half of the rest of us will end up at the 2010 Paris Auto Show, where Rolls-Royce will show off a clutch of bespoke models. The wheeled kind. [MotorAuthority]

The 2012 Land Rover Range Rover Evoque makes its way to Paris with a 240-horsepower, twin-turbo four that sounds a lot like the one in the Ford Focus ST. [MotorAuthority]

More Aston-Martin One-77 footage has made its way online, delivered along with a stratospheric 750 horsepower. [MotorAuthority]

It's curtains for Ford's Eddie Bauer-branded vehicles, but Harley-Davidson and King Ranch are safe and sound. [TheCarConnection]

Germany's giving Google guff over its Street View offering. Apparently, privacy is paramount--and yet lederhosen are totally allowed on the streets in front of children. [SocialCarNews]

Which one wins on the track: an electric car, or an electric bike. Our guess: the power utility. [AllCarsElectric]

You'll have enough heartache, so at least spare yourself some family-car-insurance dollars with these six teen-friendly vehicles with low, low insurance rates. [FamilyCarGuide]

So, do we change oil every 3000 miles or what? Our advice guy says, "Or what," with a snappy sense of wit. [AllCarAdvice]

Should you donate your car to charity? Usually, the question is, which charity should get my used car? [BestCarBuyingAdvice]

Finally today, it's World Car-Free Day, according to people who want us all barefoot and plague-ridden again. Do what we've already done: go drive something just for the hell of it. [PoliticsAndCars]