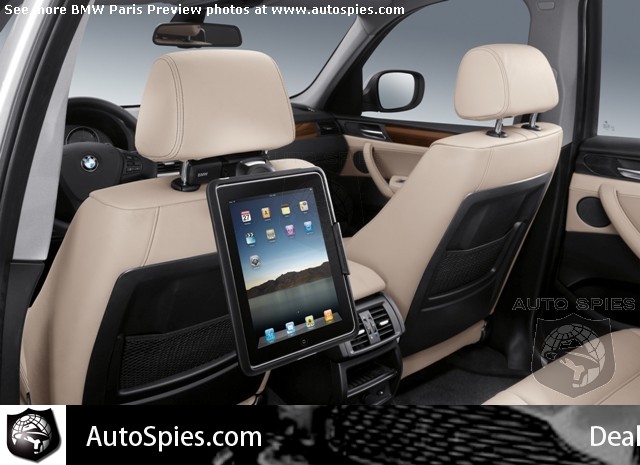 Design is a funny thing. Really good design requires an obsessive attention to detail -- the kind that can reduce a person to tears when the 15-degree slant of a blueprint is rendered at 16 degrees in the mockup. Good designers often live in Crazytown.

Bad design can be obsessive, too, but more often than not, bad design doesn't care. Bad design says, "Okay, I know I said I wanted that armchair in blue, but I can live with magenta. No problem." Bad design isn't attractive, but it doesn't have heart attacks, either.

The new iPad dock from BMW is neither bad nor good. It's just semi-terrible.

In BMW's defense, Apple is largely to blame, since Apple's the one that decided to create an accessory the size of a Thorndike-Barnhardt dictionary. Trying to integrate that kind of thing into a sleek, sporty interior comes with lots of challenges.

iPad owners are to blame, too, what with their constant need to Facebook and Foursquare their every move. ("I've just become Mayor of McDonalds at 53rd and Elm!" As if Mayor McCheese even acknowledges Foursquare's authority.) Back in the day, no one wanted to read in a moving car because they'd get carsick. Don't people get carsick anymore? 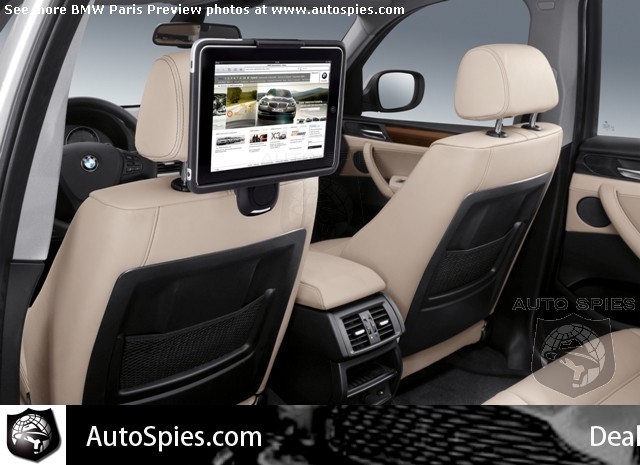 That said, BMW deserves a rap on the knuckles because the cradles its designers churned out are mostly hideous. Many people would rather hold the iPad in their lap than have to look at that malformed monkey hunched off the back of the front seat -- at least in the ergonomically challenged vertical configuration. (Horizontal isn't so bad, really.) And according to sources, there's no power running to that cradle, which seems short-sighted at the very least. We hope to have confirmation of all this when the accessories debut at the upcoming Paris Auto Show.

We can't wait to look back at these shots in about 10 years and laugh. Because they're going to look a lot like the phones-in-bags that we remember from the 80s. So at least we have that to look forward to.

[AutoSpies via IntoMobile via Eric]