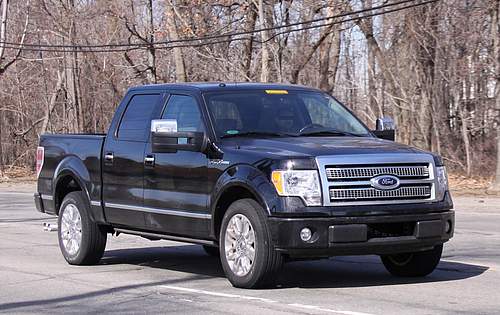 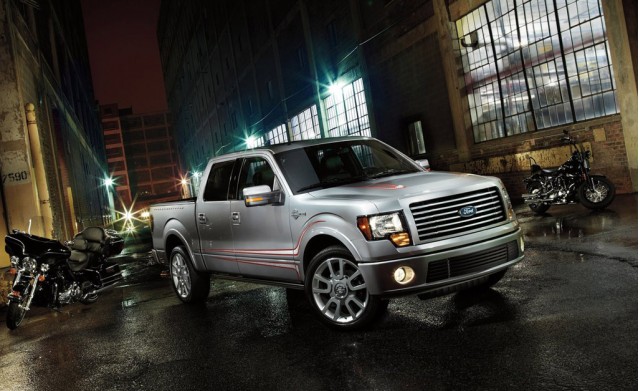 Though fewer and fewer car shoppers are researching and purchasing today's Ford Ranger compact pickup truck, the decision to let the Ranger die next year in the U.S. still raises questions as to why Ford isn't working on a new small pickup, particularly when Ford's revived the Taurus and Explorer.

They have been working on a Ranger replacement--though it's actually disguised as the new V-6 version of the 2011 Ford F-150.

The new F-150 lineup changes little on the outside, but under the hood, Ford's installing four new engines. It's the biggest powertrain changeover in more than 60 years of full-size trucks, Ford says. Among those engines are massively powerful V-8s with 360 horsepower and more, as well as a turbocharged EcoBoost V-6 with 365 hp and best-in -class towing capacity.

The new F-150 displaces the Ranger most directly with models powered by a 3.7-liter V-6, which will be available in XL, SXT and XLT trims. 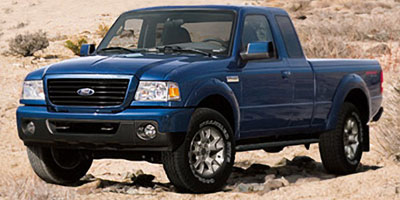 Death of the compacts

Sales in the compact corner of the truck world have been sagging for a decade. While makers like Toyota, Nissan and Dodge have upsized their formerly small trucks into mid-size territory, a few makes--Chevy, GMC and Ford--have continued to sell their existing, aging compact trucks.

The end is near for these vehicles. GM hasn't confirmed the final disposition of its Chevrolet Colorado and GMC Canyon twins, but their production base in Shreveport, La., is due to close by 2012. The same fate awaits the Ford Ranger, which has been built in St. Paul, Minn., for years, and will be until late next year, when Ford shutters the facility.

With Ranger sales hovering at about 75,000 units a year, there's simply not enough sales volume to design a new compact replacement that would share little, if anything, with other vehicles in the Ford lineup. Ford has confirmed a new Ranger for markets outside the U.S.--but Darryl Kuzak, Ford's vice president of global product development, says that Ranger won't come to the U.S. because it's nearly as large as the F-150, and can't be imported cheaply enough to make a strong sales case.

Kuzak also says that in the bigger picture, compact truck buyers aren't necessarily looking for a truck bed--just flexibility. With new offerings from the 2011 Fiesta to the 2010 Ford Transit Connect and the upcoming 2012 Ford C-Max, Ford believes, ultimately, it can address all Ranger buyers with a different vehicle it already sells.

Big is the new small

The new F-150, in fact, makes perfect sense to most compact truck buyers except for a few user cases: the four-cylinder diehards who'd otherwise buy a used truck, the truck-agnostic types who might just as soon buy a compact coupe as a style statement; or worst of all for Ford's accounting department, the fleet buyers who opt only for the low-to-no profit base Ranger with the four-cylinder, the five-speed manual, the regular cab and almost no options. That's the classic "bug truck" you see at auction, where it's often recirculated through the new-car industry's lower digestive tract, otherwise known as the auction.

Truck buyers who still want four-cylinder pickups are still in luck, sort of. The Toyota Tacoma and Nissan Frontier still offer four-cylinders, at a base price of about $15,500 and $17,500, respectively. But those who really want compact-truck size and park-ability are out of luck. Of all the automakers to show concept compact pickups--remember the Dodge M-80 and the Toyota A-Bat?--none have pulled the trigger and committed to build new unibody-based trucklets. If a business case unfolds for a true compact pickup, Ford needs only to look at its swelling fleet of small cars--Focus, Fiesta, C-Max, Escape and Transit Connect--for a flexible architecture that could add a truck derivative.

Instead of a 2012 Ford Ranger, truck drivers get an F-150 instead--and Ford gets a year to explain how sometimes bigger is better, even if it's less well-equipped.