Audi Used Social Media To Make A Decision On The TT RS For The U.S. 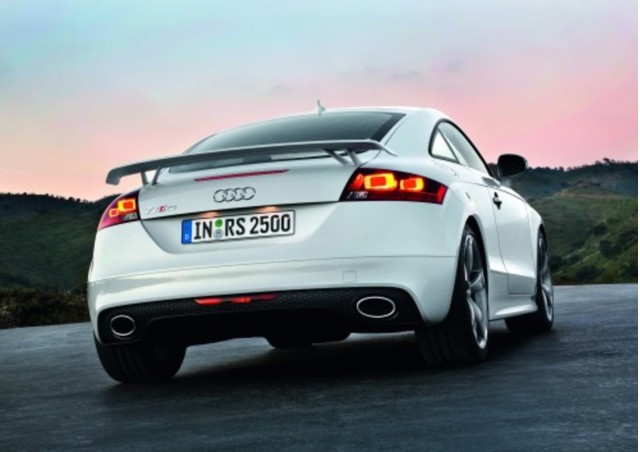 So as many enthusiasts now know, the Audi TT-RS will indeed come to the America. The announcement was made two days ago and of course it was made using social media. The car will arrive late in 2011 and there will be parades and parties upon it's arrival (ok fine I made that up, but there should be!).

When Audi announced the TT-RS they made it clear they had no plans for the hot little package to make its way to America. Then people started crying, riots ensued and the world as we know it began to crumble. Audi, being the great company they are, wanted to save the world. They decided to gauge the demand for the car in America. They utilized social media (this is becoming a trend isn't it?) and created a Facebook petition. The petition was a success!

With an overwhelming response in a mere month, Audi had no choice (in their eyes) but to bring the TT-RS to America. Lets be real, the decision had been made by Audi to import the TT-RS before the petition was created. But once that decision was made Audi did use social media in a huge way to build awareness and excitement. All while on the outside trying to convey that the fans were the ones who really helped make the decision.

Quick run down for those that don't know much about the TT-RS. It boasts 360 horsepower out of a turbocharged 2.5-liter five cylinder. It will deliver a blistering 4.6-second run from 0-60 mph all while utilizing Audi's legendary quattro all-wheel drive system. Oh, and the power will be going through a six-speed manual transmission (that's right three pedals, not two!). While Europeans can purchase the TT-RS in both coupe and convertible, we Americans will only get it in coupe form.

So what does all of this mean? The use of social media is both cost effective and viral. The results are sometimes achieved in a way that no other medium can match and that, my friend, is the power of the new age of marketing.