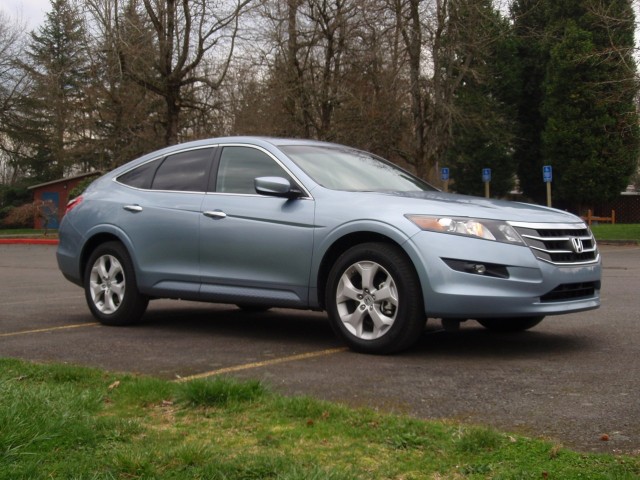 Some 2010 Honda Accord Crosstour vehicles are being recalled for an issue with the front passenger airbag.

According to Honda, on 3,336 Crosstours the airbag module doesn't meet a federal regulation that required it to be tested (for airbag deployment) with an unbelted six-year-old-sized crash-test dummy.

Owners are encouraged to take their vehicle to the dealership as soon as they get notication from Honda. Notification by mail will begin September 22, or owners may contact Honda to see if their vehicle is among those affected.

Honda notes that in many states, six-year-olds aren't even allowed to ride in the front seats, and the automaker recommends that all children 12 and under should be properly restrained in the back seat.

Although this is a minor issue, it isn't the only safety-related blemish for the Crosstour. Earlier this summer the model only earned a 'marginal' score for roof strength (rollover) in an Insurance Institute for Highway Safety (IIHS) test. The IIHS voiced its disappointment in the results; the Honda Accord sedan, which shares some components with the Crosstour and only earned an 'acceptable' rating in the roof test. Both ratings disqualify those vehicles from being named Top Safety Picks.