Why Do I Have to Pay Another $40 For A Car iPod Cable? 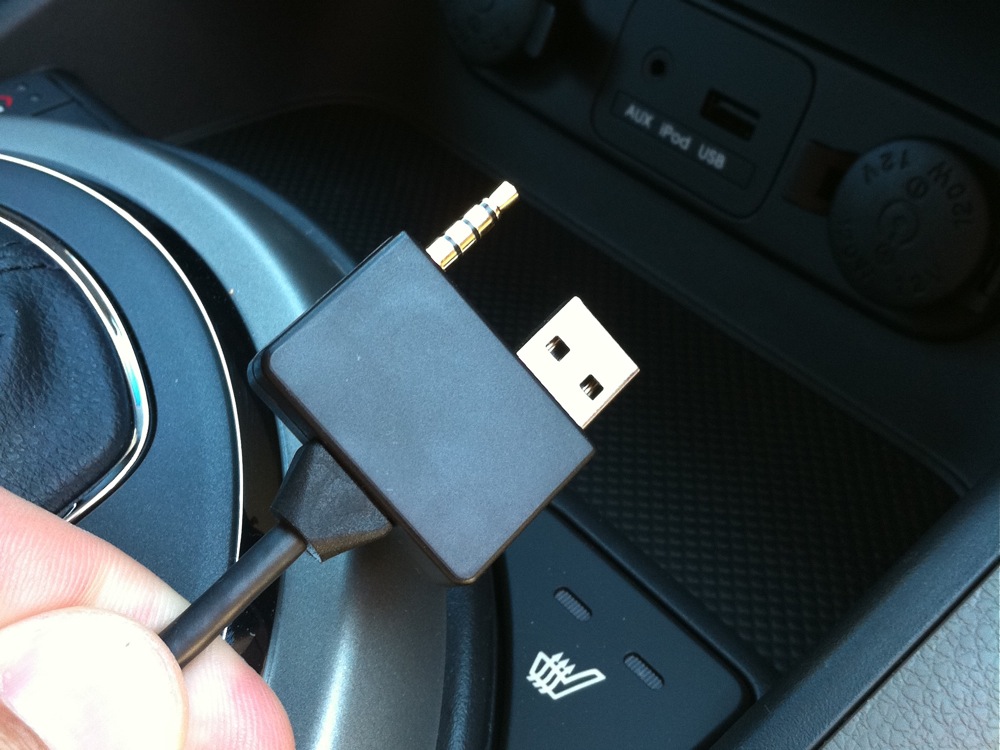 Not surprisingly, it's pretty much the fault of Apple and its walled-garden philosophy.

The whole Apple universe of media products depends on various software licenses and hardware controls to prevent unauthorized distribution of music and video. In the rest of the known world, you're authorized to make copies of your own music for your own purposes. But in the Apple fanboy domain, you're only allowed some copies of some tracks under some circumstances, though digital-rights-management (DRM)-free music is becoming a bigger part of the company's future.

To get past Apple's licensing security measures--and to get the most in-car control over your iPod or iPhone using the USB cable that came with it--you have to show some digital proof that you're the licensed user.

With in-car audio, that boils down to Apple devices seeking out a specific "authentication IC (integrated circuit)" that's marketed to authorized partners. A car company can apply to become an Apple partner, and to get access to the hardware and software needed to enable all the iPod or iPhone functions users want.

Ford is an Apple partner; it buys a pre-assembled part from suppliers based on that license. That part is coupled to a USB port, which allows information to pass directly from the iPhone or iPod to the car. Then, users can steer the iPod or iPhone through playlists, skipping and repeating tracks and more through the car's audio controls.

A patchwork of solutions

If your new car comes from a company that hasn't signed up for an Apple license, the solutions can be a patchwork of cables and missing functionality. The simplest solution is an auxiliary jack, which transmits the audio signal alone to the car's audio system. Drivers must navigate the music and controls on the Apple device while changing volume and other settings on the car's controls. Hopefully, they're not doing it while driving.

A middle step allows users to plug in the standard Apple cable to an in-car USB port, while giving up some of the functionality. Users might be able to skip through tracks, for example, but may not be able to flip through playlists or choose music by genre. In a very few cases, the USB cable might allow all the data to pass through, while omitting the charging function--leaving drivers with a dead piece of electronics after a long drive, or worse, having to unplug and then plug in a separate charging cable for added juice.

Many companies like Kia and Hyundai use a prioprietary cable as a stopgap. This Kia cable uses the USB port to charge and deliver basic music information to pass through, while the auxiliary jack delivers the actual audio signal. Without the cable, the audio players won't work at all. Both Kia and Hyundai are said to be working with Apple to become authorized license holders, which could soon unlock the power of the familiar white USB cable to their cars without asking their drivers to pay extra.

Until then, the cable adds on cost after the $300 to $700 fact. The Kia cable shown here lists for about $49; German automakers are the worst on the scale, with BMW's iPod cable available on Amazon.com for $125.

if you're looking to place some blame, aim it at Cupertino. Apple puts a premium on its products and services, and it won't just let anybody in on its intellectual property. Smart automakers got ahead of the curve and recognized the iPod's ubiquity and are footing the cost to win customers. The rest are playing catch-up.

At the very least, the next time you shop for a new car, plan on checking the compatibility of your iPod--or plan on bringing another wad of cash to the dealer to make sure you're connected.