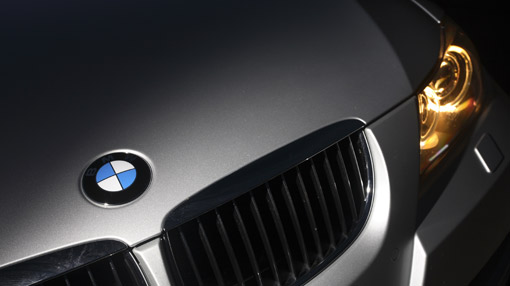 As you might imagine, we get a lot of questions about buying cars--both new and used. Our friend Scott Mowbray wrote:

We got notes from two High Gear Media editors and one BMW-savvy friend. The high points are:

- We couldn't come up with a lot of knowledge on the fuel-pump buy-back issue, so we recommend avoiding those

Here's what our editors said on reliability ...

Bengt Halvorson: I've heard nothing but good things about BMW reliability in recent years -- especially the 3-Series. Our own independent Volvo-Saab-BMW specialist mechanic told me that if we want something more exciting, he sees 3-Series models only rarely, because they never come in for anything but scheduled maintenance and periodic repairs.

I see Consumer Reports rates their reliability as high, though the 3-series doesn't get the top recommended designation (pobably because of repair costs, which can be HIGH).

I might be a little more careful of the 335 as that was BMW's first turbo in decades for the U.S., and the Germans have a long history of overestimating the quality and consistency of U.S. fuel supplies.

BMW-owning friend: The 335i has considerably more power and way more torque than the 328, about 50 percent more in both cases. And BMW seems to be sandbagging the horsepower and torque numbers on the 335i, meaning it REALLY makes a lot of power.

But the 335i also runs hotter and has had a few issues regarding overheating, particularly the early cars that had no oil cooler. By 2008, the 335i models with the sport package (most manuals have it unless special ordered without it, which would be absurd) have a factory oil cooler.

The 328i is no slouch, either. It’s just not as fast. Virtually everything else is the same on the two cars.

If your friend is not a speed demon, then the 328 is the way to go. The BMW Certified Previously Owned program is great. It extends the warranty until 6 years/100,000 miles, including roadside assistance. Also, the balance of the 4-year/50,000-mile factory warranty includes 100 percent of all maintenance expenses, including oil changes, brake pads — even wiper blades.

I like Bimmers, but getting a modern one without a warranty is a bit insane. CPO is DEFINITELY the way to go.

Note that the 2007 and 2008 cars had a factory re-flash of the ECU during one of their services that initially made the 335i more sluggish. But enough people complained that they were able to fix the problem and keep it peppy with a second re-flash.

Nelson Ireson: Personally I'd opt for the 335i, as it will get nearly the same gas mileage and be a lot more fun to drive. I'd stay away from buy-backs, as a car that's already had a major failure may be more likely to have one again, in my opinion.

As for reliability, if they're well maintained, BMWs are very reliable. The problem is many BMW owners think they're everlasting, and just don't ever do the proper scheduled maintenance.

A clean, well-maintained 335i or 328i should be a safe buy--especially if it has complete documentation. As with all Bimmers, they're ridiculously expensive to repair when fairly new though, so I'd be sure to get a trusted independent mechanic to inspect a privately owned car before buying.

In the end, Mowbray decided to change his approach.

"I'm going to go for a Certified Previously Owned car with a bit more mileage, rather than a lower-mileage example without.a warranty," he told us. "That seems the way to go to avoid the cost-of-repair crapshoot."

When he gets his car, we'll post a photo of it here.