Are Larger, Heavier Cars Safer Than Smaller, Lighter Ones? 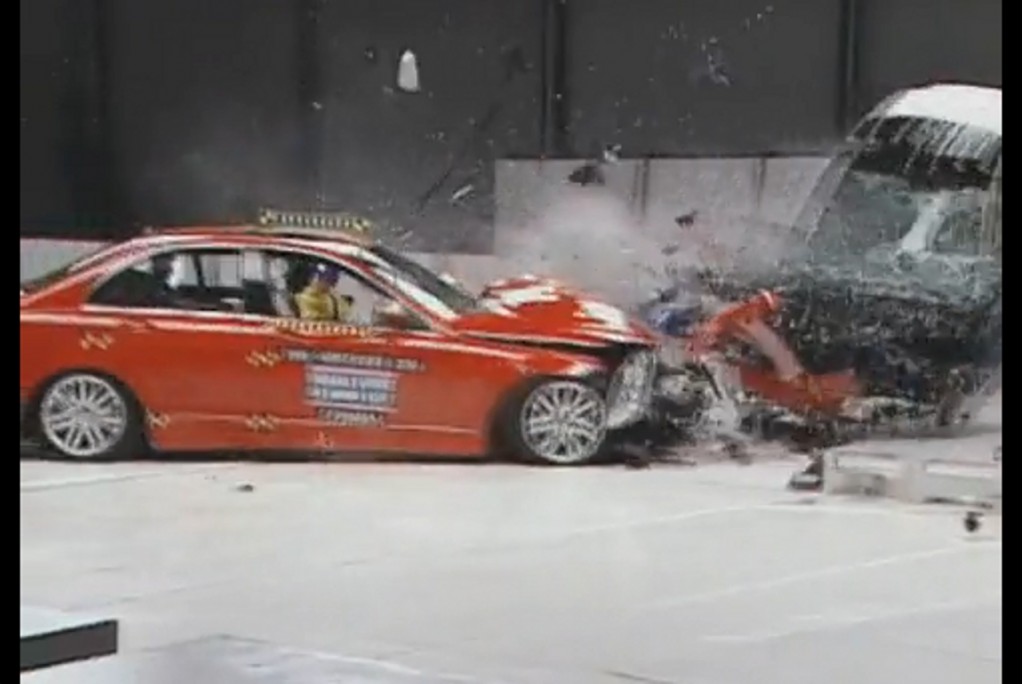 Small cars are now offering some of the same safety equipment as larger cars: electronic stability control, side-curtain airbags, anti-lock brakes, and active headrests are no longer the domain of larger, pricier cars.

So it seems like a natural question for new-car-shopping newbies: Are small cars just as safe, or nearly as safe, as larger, heavier vehicles?

Leave the answer to the Insurance Institute for Highway Safety, which is funded by the insurance industry and next to the federal government the only major U.S. group that conducts regular crash tests.

"Small cars are a lot safer than they were a few years ago," says president Adrian Lund. "But that doesn't mean they offer the same level of protection as larger ones."

The IIHS conducted tests last year crashing minicars and a microcar with a mid-size cars of the same manufacturer: A Honda Fit versus a Honda Accord, a Toyota Yaris vs a Toyota Camry, and a Smart Fortwo vs a Mercedes-Benz E-Class (both from Daimler).

The Smart actually went airborne and rotated 450 degrees. It's dramatic to watch. Meanwhile, the other two small cars had extensive intrusion into the passenger compartment.

The IIHS challenges claims of small-car proponents, who say that they're just as safe, and that their added maneuverability helps them avoid accidents. But claims rates are higher for minicars than for mid-size cars, and the Institute found that the death rate per million 1-3-year-old minicars in multiple-vehicle crashes was nearly double that of mid-size cars.

And, Lund points out that there simply isn't the same space for crush zones in smaller vehicles.

"Although all cars have gotten much safer in recent years, you can't repeal the laws of physics," adds Lund. "Large, heavier cars still provide better occupant protection, in a crash with smaller, lighter ones."

The video isn't completely new, but it's part of a new IIHS channel on YouTube. While IIHS videos were previously only viewable in an area of the IIHS web site, this now makes them available on mobile devices and easier to browse casually. Now you can learn about vehicle safety from the experts, when you're shopping new cars out on the lot, or when you're browsing specs, review, and prices here at The Car Connection.