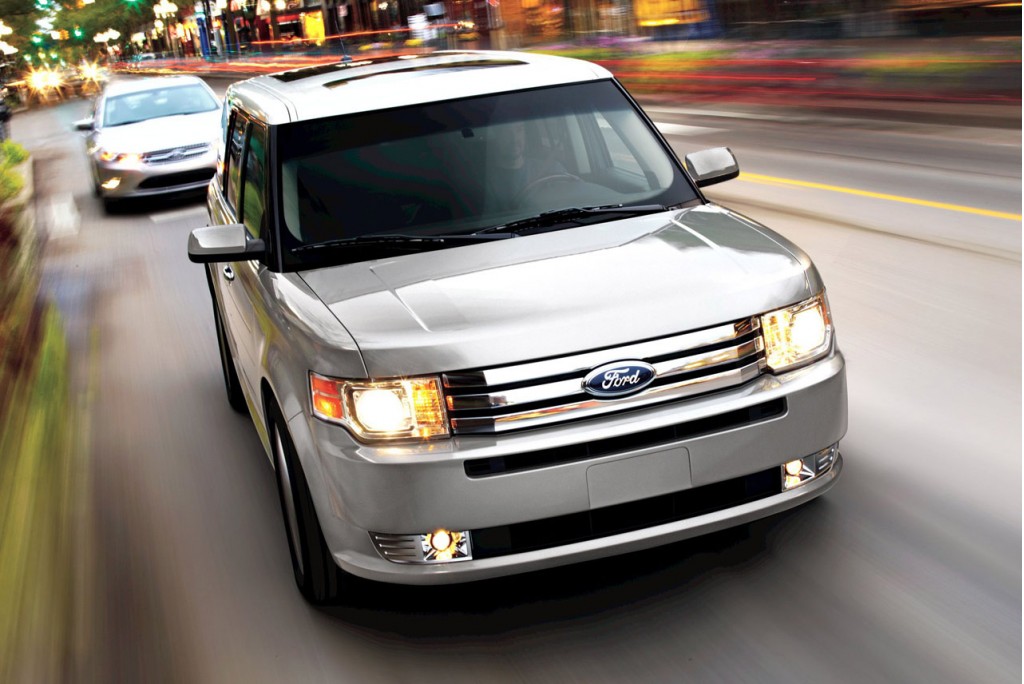 If you bought one of these five cars in July, you got a better deal than usual. What's at the root of it all? Model changeover. [TheCarConnection]

Five safe cars for families: it sounds like a great way to research before hitting showrooms this weekend. [FamilyCarGuide]

In-car 3G audio sounds nifty, but are you in the half-percent of users facing a bigger data bill? [TheCarConnection]

On this weekend of 9/11 remembrance, one trucker's found a unique way to commemorate the victims of terrorism. [TheCarConnection]

MINI is teasing a concept car due at the 2010 Paris auto show. Let us take a WAG that it's based on the Cooper or Countryman. [MotorAuthority]

Paris also teases us with the promise of a new electric Audi concept based on the sexy R4 concept...[MotorAuthority]

Another Paris concept car promises club-like seating and green credentials. To the Townpod we say, bring on the wheatgrass-juice cupholder. [AllCarsElectric]

We found five strippers that actually save you money--because with 9/11 and e-tron covered, we're hitting all the hot topics today. [TheCarConnection]

Daimler's become the yenta for social-media carpooling. While you're at it, how about some of that famous chicken soup? [SocialCarNews]

Which would you pick: Subaru's amped-up WRX Impreza, or the even jankier STI? [SportsCarMonitor]

Star Wars freaks can find their way to DragonCon, or wherever they go in the universe, with TomTom's Dark Lord voice-overs. Cue video. [AmazingCarAds]

And last up today, the only thing better than a Lamborghini LP670-4 SV is a Lambo SV shooting flames. You're welcome. [AllExoticCars]