Today in Car News: Sonata Vs. Accord, Sebring and Corvette 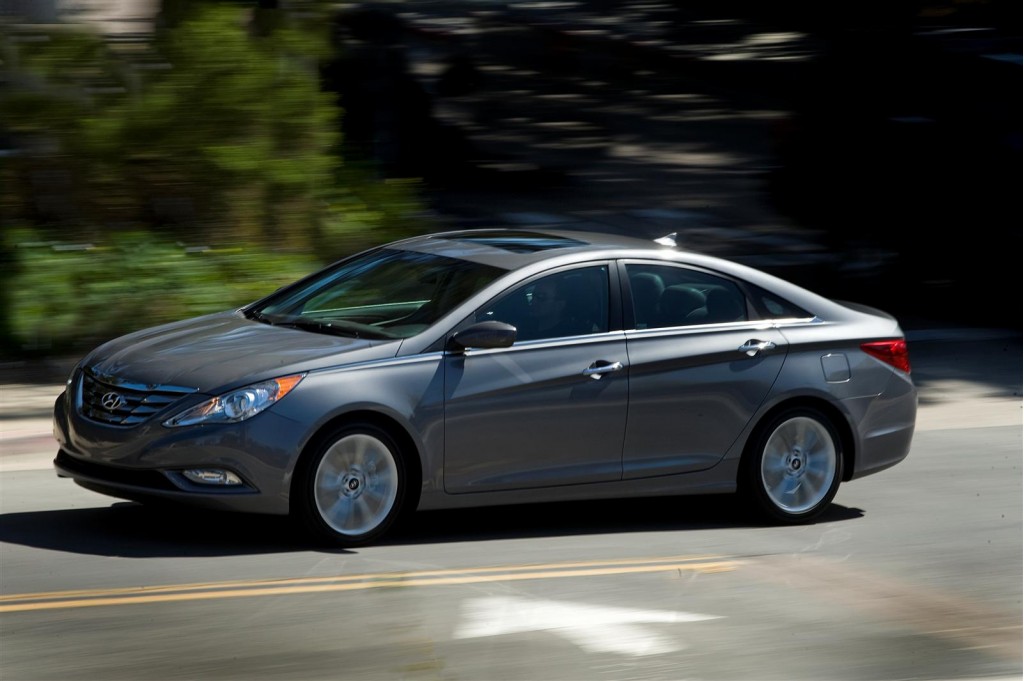 It's been rising on the sales charts quickly--and now, it looks like the 2011 Hyundai Sonata just might overtake the Honda Accord in family-sedan sales. [Inside Line]

There's a revamped 2011 Chrysler Sebring on the way. In fact, it's lapping Detroit already. A bounty on the first uncloaked shot to all you phone-camera stalkers. [Detroit News]

Ever wanted to see how a Chevrolet Corvette engine gets built? Natalie Neff walks you through the process on camera. [AutoWeek]

There's a wild rumor that the replacement for the Ferrari Enzo will be a hybrid of some sort. Maybe we'll find out more in Paris in three weeks? [AutoblogGreen]

Joining the electrified rage, the state of Tennessee has approved a $2500 tax rebate for EV buyers, half of what California and Georgia offer, but a good start. [KickingTires]

We've been hinting that GM's new OnStar services coming this fall will include Facebook connectivity, and now the MSM is catching up. [CNNMoney]

Mahindra is in a legal tussle with its erstwhile U.S. importer, which makes the delay in getting those Indian compact trucks seem like it's stretching out even further. [PickupTrucks]

It's not anything the NEA would get excited about, but a British artist has used RC cars to paint a special version of the Ford Kuga crossover. You missed a spot. [AutoExpress]

There's some delayed karma at work here, we think--Jay Leno's steam-powered car got hot under the collar with the once and present Tonight Show host. [Jalopnik]

Finally, if you've ever dreamed of pitching your dining room table (and four chairs!) on a short road course...you're already too late. [Autoblog]