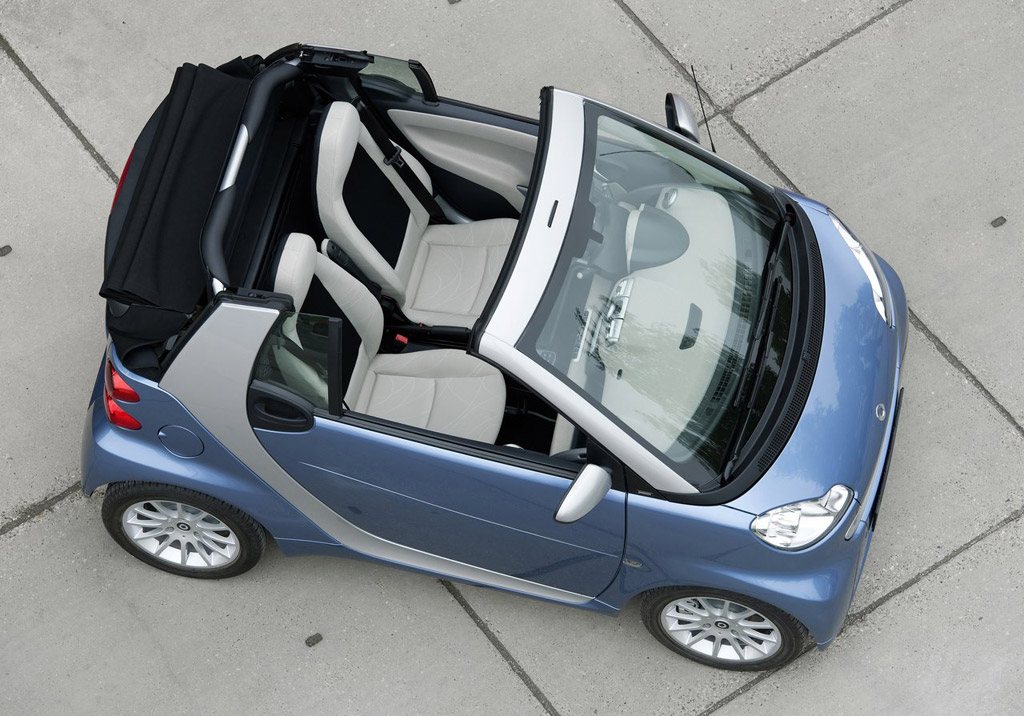 Smart's newness in the U.S. is wearing off, and demand for its only U.S. model, the Fortwo two-seater is, falling.

According to Automotive News, the Smart brand will likely sell fewer than 100,000 vehicles worldwide, down from 114,000 in 2009. Citing a report from the German paper Der Spiegel, it reports that U.S. sales will likely this year be only about one third of what they were in 2008, and looking at official sales numbers, Smart sales have fallen 70 percent in the first seven months of 2010, compared to last year.

The Fortwo is this year receiving a modest refresh for the European market. Smart USA—which distributes quite a different vehicle, including a different, Mitsubishi-sourced engine altogether—hasn't yet revealed which of those changes will arrive later in the fall in the 2011 Smart Fortwo, but the company has confirmed that an all-new interior, knee bolster airbags, and a new sound system will be a part of it, along with two new exterior colors and a redesigned interior. It will likely still be offered as Coupe or Cabrio, and in sportier Brabus guise—as well as Pure or Passion trims.

In Europe, the Fortwo is losing sales due to the Fiat 500—a model that's due to go on sale in the U.S. later this year. But this year, in addition to the refresh, the company is also hoping to attract some attention with its new Smart Expressions wraps.

If Smart dealerships can make it another model year or two, the brand's offerings are bound to get better. In 2012, larger production volumes are also expected for the Smart ED (Electric Drive), then in 2013 a next-generation Smart—set to share underpinnings with the replacmement for the European-market Renault Twingo, and co-developed between parent company Daimler AG and Renault—will debut. That model will also have a four-passenger variant, which should further broaden the brand's appeal.