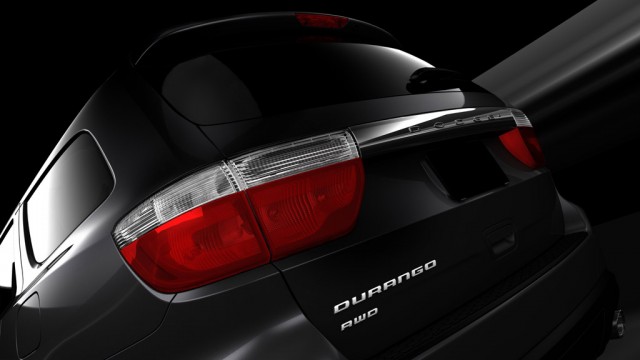 Here, we give you a couple of exclusive spy shots of the new 2011 Dodge Durango seven-seat crossover.

Chrysler hasn't yet officially revealed the 2011 Durango, although it did put up a Durango teaser site that shows specific details of the styling amidst loud music and flashing graphics. (See below for a slideshow.)

For 2011, the revived Dodge Durango is built on a stretched version of the same platform used for the 2011 Jeep Grand Cherokee, which went on sale early this summer and represents the first all-new vehicle from Chrysler in three years. 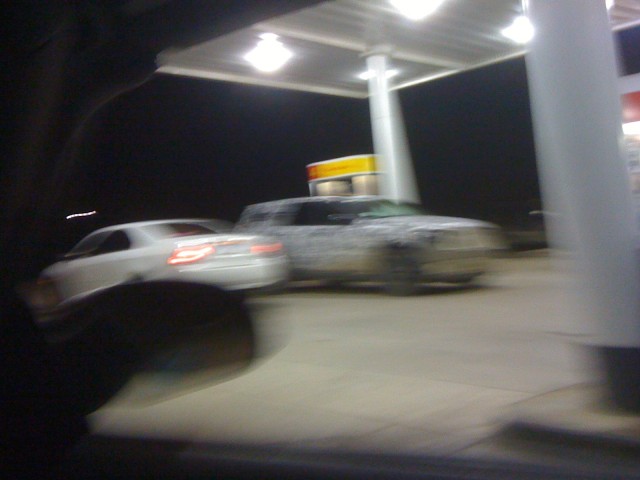 Like a previously leaked shot, the new photos confirm the large cross-hair grille, aggressive forward-leaning headlights, and traditional SUV proportions of the Dodge. Like the Grand Cherokee and unlike its predecessor, though, the new Durango uses a unibody structure rather than a traditional truck-style body-on-frame design.

It's likely to share the same running gear, including Chrysler's new 3.6-liter Pentastar V-6 engine--expected to be rated at 290 horsepower--along with a 5.7-liter Hemi V-8 producing around 350 horsepower. There's also the possibility of a high-performance SRT8 version, rumored to contain a new 6.4-liter Hemi V-8.

The photos were taken last night by Steve Wild at a gas station in Farmington Hills, Michigan, about 25 miles from Chrysler's headquarters in Auburn Hills.

The guys in charge of the pre-production 2011 Durango test vehicle were "having a fit" when they saw Wild with his mobile-phone camera, "yelling at him" to put the phone down and stop taking pictures.

He, ummmm, didn't. And for that, we nominate Wild for this month's Top Secret Automotive Spy Photographer Award. Final ceremonies will be held along a desolate two-lane road deep in the Arizona desert.

The 2011 Dodge Durango will go on sale late this year.