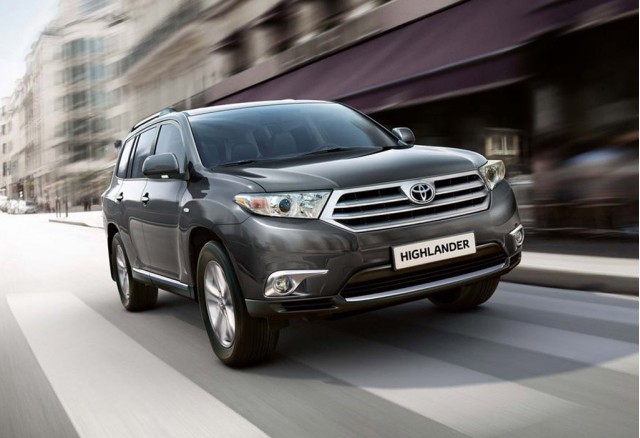 After several leaks, we now have the first official images of the updated 2011 Toyota Highlander, which made its world debut this week at the 2010 Moscow Auto Show. The updated SUV sports new styling and a host of other upgrades for the latest model year, but there’s no word yet on specifications for the North American market.

The key change is the front-end treatment, which consists of a revised grille, hood and fenders and new headlights. The rear also gets some revisions, including restyled tail lamps and a new bumper. Seven-seater capacity is also made possible thanks to a second row of rear seats.

The vehicle on show in Russia was powered by the same 273 horsepower 3.5-liter V-6 found in the current 2010 model, which means there are unlikely to be any significant powertrain updates for 2011. Other engine options are likely to include the current 187 horsepower 2.4-liter four-cylinder unit and four-cylinder hybrid.

Look out for the U.S. launch of the 2011 Toyota Highlander in the following months.