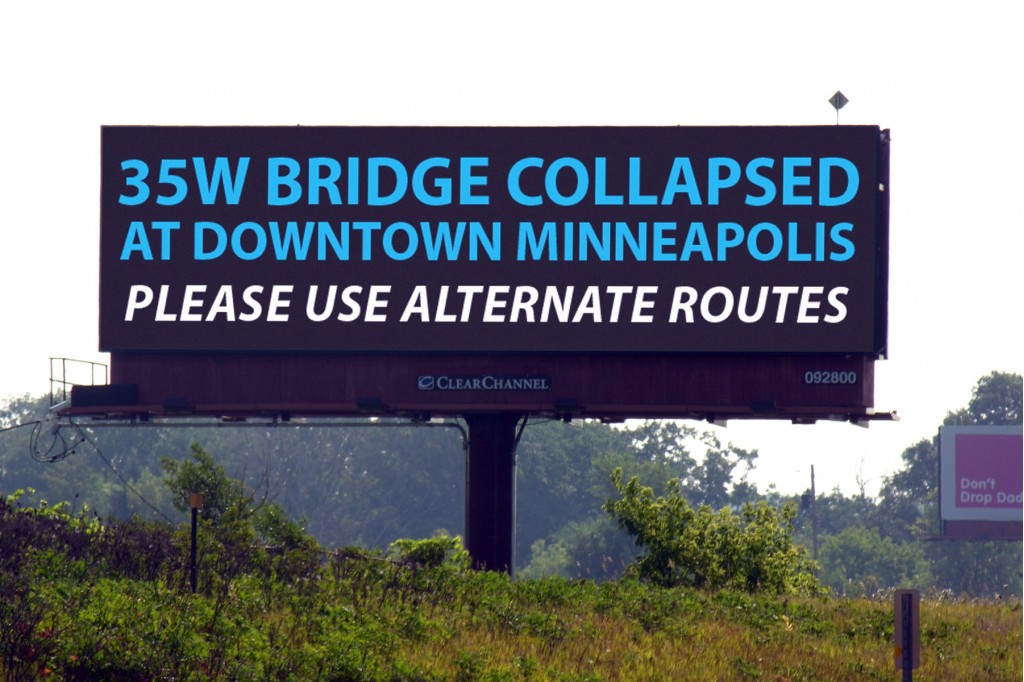 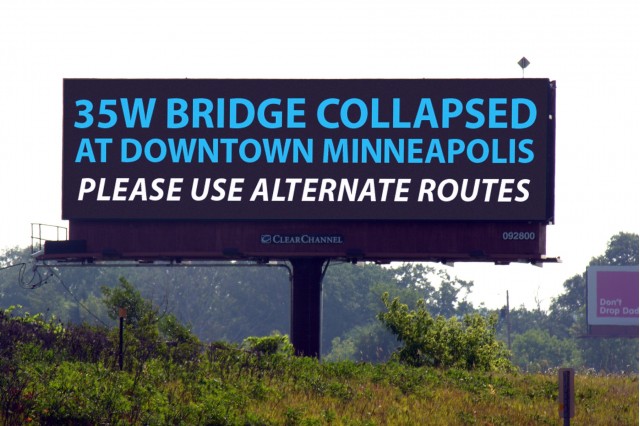 Earlier this year, we talked about some of the controversies surrounding digital billboards. Proponents insist that they're cleaner than their analog variants, simpler to use, look better, and make outdoor advertising affordable to more companies, small and large. Haters say that they're unattractive energy hogs that distract drivers and cause accidents. Now, a new study shows that at least one of the opponents' complaints is baseless -- but it comes with a catch.

The study in question comes from Tantala Associates, "a multi-disciplined, professional, consulting-engineering firm...established in 1966". Tantala dug through eight years of traffic data from Reading, Pennsylvania; the data included some 35,000 accidents, stretching across an area that's home to 26 digital billboards. Tantala's conclusion? "[D]igital billboards in the greater Reading area have no statistically significant relationship with the occurrence of accidents". That finding matches those generated by similar studies in Ohio, Minnesota, and New Mexico.

There is, however, a small catch. The study was commissioned by the Foundation for Outdoor Advertising Research and Education, a nonprofit closely affiliated with the Outdoor Advertising Association of America. And the OAAA, of course, is a professional association that, among other things, helps promote the deployment of digital billboards and helps fight against anti-digital billboard laws in cities like Denver and Los Angeles.

Of course, we'd never want to impugn the  reputations of the good people at Tantala Associates and we have faith that they carried out their studies with every degree of professionalism. We're also sure that FOARE took a totally hands-off approach to the study. And yet...

If FOAA and the OAAA really want to make their most persuasive case, they should partner with organizations that oppose digital billboards to co-underwrite a study. Until then, even the appearance of impropriety will undermine their arguments.

A federal study is underway at the moment -- we'll see what they turn up. In the meantime, here's the FOARE press release.

(Philadelphia, PA) – Eight years of data covering 35,000 traffic accidents in Reading, PA, indicate digital billboards are not related to traffic accidents, according to a new traffic safety analysis released today. The study, conducted by Philadelphia’s Tantala Associates, LLC, is the latest in a growing body of evidence showing digital billboards do not pose a problem for drivers.

“The overall conclusion of the study is that digital billboards in the greater Reading area have no statistically significant relationship with the occurrence of accidents,” the report says.

The Reading study reviewed accident records in proximity to 26 digital billboard faces on state and local roads. More than 233 million cars pass by these billboards every year.

The data came from local police and the Pennsylvania Department of Transportation accident records. In addition to the overall lack of a relationship between digital billboards and traffic accidents, the study looked at other factors and measures. Driver age and time of day are neutral factors. And, for the first time, a predictive method called the “Empirical Bayes Method” was used to determine if accidents near digital billboards are inconsistent with what is statistically predicted. The answer was an unequivocal no.

Previous studies in Ohio, Minnesota, and New Mexico found similar results. Combined, five studies in four locations have examined over 100,000 traffic accidents. In all cases, the science indicates there is no correlation between the presence of digital billboards and an increase in accidents.

“At some point, the evidence just starts to become overwhelming,” said Outdoor Advertising Association of America (OAAA) President and CEO Nancy Fletcher. “The Reading data matches data from Cleveland, Rochester, and Albuquerque, and it all says the same thing: digital billboards are safe.”

The report was commissioned by the Foundation for Outdoor Advertising Research and Education (FOARE). Reading was chosen because it is also the site of a federal human factors study on the effect of digital billboards on driver behavior.