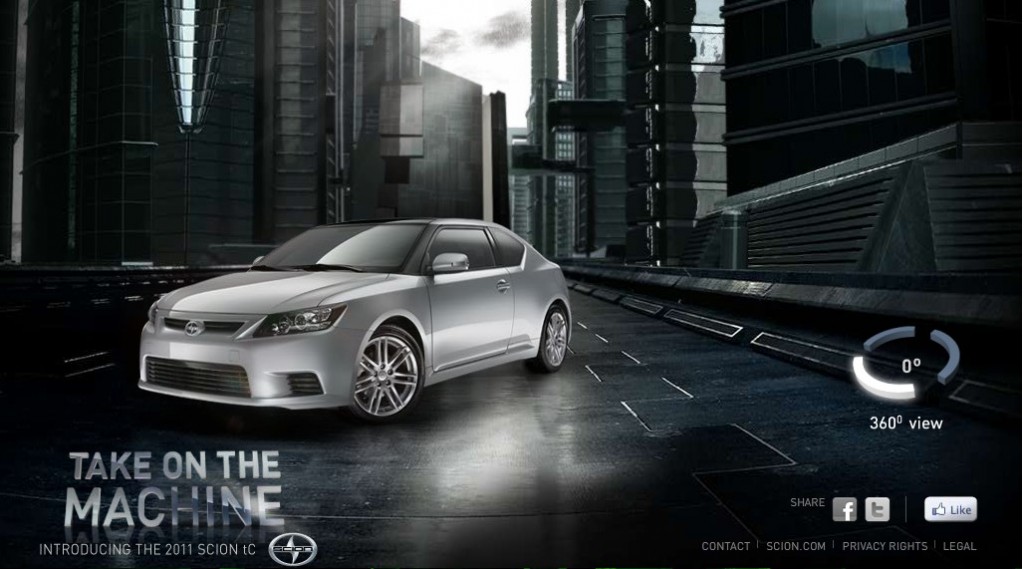 Screenshot of the Scion tC 'Take on the Machine' microsite 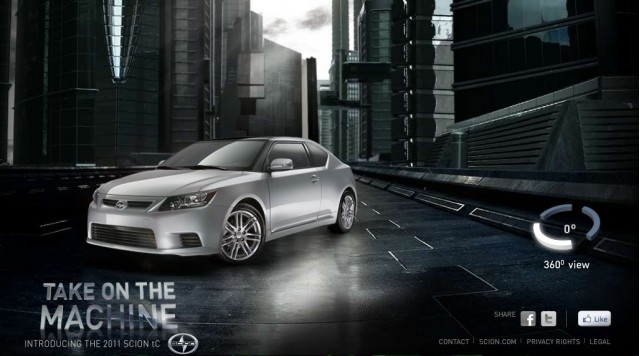 Screenshot of the Scion tC 'Take on the Machine' microsite

Scion's been fairly quiet the past couple of years. The once-brash brand for tuners-in-training has been given a run for its money by other automakers like Kia and Nissan. But now that the new tC has arrived, Scion has put the gloves on and come out swinging -- and it's enlisted search engines in its battle for attention.

The hubbub began earlier this summer, when Scion launched an online contest dubbed "Unlock the tC".  True, it bore a number of similarities to other promotions we'd seen, but the "Unlock" game seemed fun and engaging, and we gave it the thumbs-up. Now, the tC's publicity engine has revved up to its next phase: "Take on the Machine".

This campaign began with a slew of TV ads encouraging viewers to Google (or Yahoo or Bing) the term "The Machine". Do that, and you'll find a sponsored ad goading you to "Take on the Machine" right at the top of the results page -- a clear indication that Scion has paid good money for the search term "machine". Click that link, and you'll find yourself on a Scion microsite for the tC, which promises to be full of videos and bonus scenes and augmented reality gizmos, but at the moment, all that stuff is "coming soon".

We have to say, we like the tC, and we're intrigued by Scion's use of search, but we're a little put off by sloppy campaign rollouts. For example: the "Take on the Machine" ad has been live for a couple of days, but it's still nowhere to be found online -- not even on Scion's Facebook page or its YouTube channel (mostly because the brand doesn't seem to have a YouTube channel). And since the ad is running, the search engine buy is active, and the microsite is up, we'd expect the site's content to be up and running, too -- yet there's almost nothing of interest. From where we sit, it looks like someone -- or some brand -- was caught with his/its pants down.

That said, Marty Padgett gave the new tC a good review on his first drive a couple of weeks ago. Maybe this campaign will catch up to the car it's hyping before long.