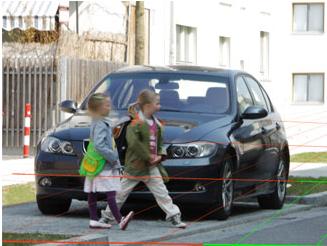 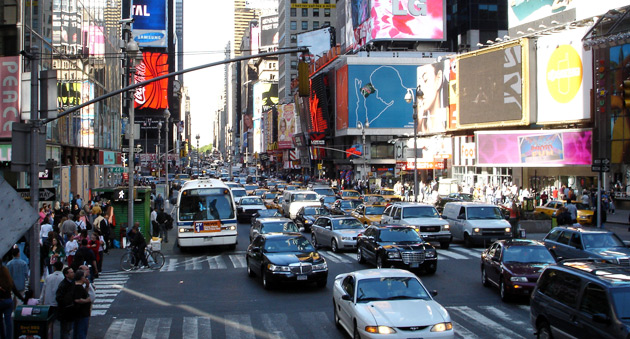 The bans are currently imposed between 42nd and 47th streets, as well as between 33rd and 35th streets at Herald Square

Don't take the sidewalk on the left side of the street; be especially careful in the evening hours; and you might want to skip the intersection entirely.

Those are among the most noteworthy tips for pedestrians gleaned by study findings released by NYC transportation planners and commissioned by the city's Transportation Department.

Also among the most interesting points, as reported by the New York Times: Men are much more likely to hit a pedestrian while driving, and jaywalkers are actually less likely to be hit. At least in New York, that is.

Altogether, more than 7,000 crashes were studied, all occurring in New York City from 2002 to 2006 and all resulting in either the death or serious injury of a pedestrian.

The study showed some interesting trends: Most notably, that men were behind the wheel in 80 percent of accidents that resulted in serious injury or death of a pedestrian (in a city where 57 percent of vehicles are registered to men), and that jaywalkers were statistically less likely to be in an accident than law-abiders. The caveat is that when jaywalkers were hit by a car, they were more likely to be killed or seriously hurt.

The results, which are finely detailed by intersection, will help the city in reengineering its street grid, with some important changes like countdown clocks at pedestrian crossings, and removing parking spaces next to some pedestrian crosswalks.

There are a few lessons to learn from the data, and some of it goes against what we might have been taught in grade school—such as, the study authors recommend, you take the sidewalk in the direction of traffic, as left-hand vehicle turns were particularly deadly for pedestrians.

And taxi drivers? They're not the danger to the streets and avenues that TV shows like Seinfeld and Friends have led you to believe. About 13 percent of serious pedestrian crashes involved taxis or livery vehicles—in a city of cabs.

You might want to be especially vigilant in November and December as well. With the short days and holiday rush, the rate of pedestrian accidents spikes each year.

In New York, the 3 p.m. to 9 p.m. window was especially deadly. That's also the case nationally; according to data from the federal government's Fatality Analysis Reporting System (FARS), 48 percent of pedestrian fatalities occur between 6 p.m. and midnight. Friday and Saturday nights are also worst on a national level.

On a national level, men are also more likely to be hit than women. Over three decades, around 70 percent of fatalities have been men. Alcohol also has a role, perhaps. More than 50 percent of those killed at night had blood-alcohol concentrations at or above 0.08, versus 25 percent during the day.

According to the Insurance Institute for Highway Safety, pedestrian deaths decreased nationally by 42 percent from 1975 to 2008, and since then pedestrian deaths have fallen from 17 percent of all motor-vehicle-crash deaths down to 12 percent.