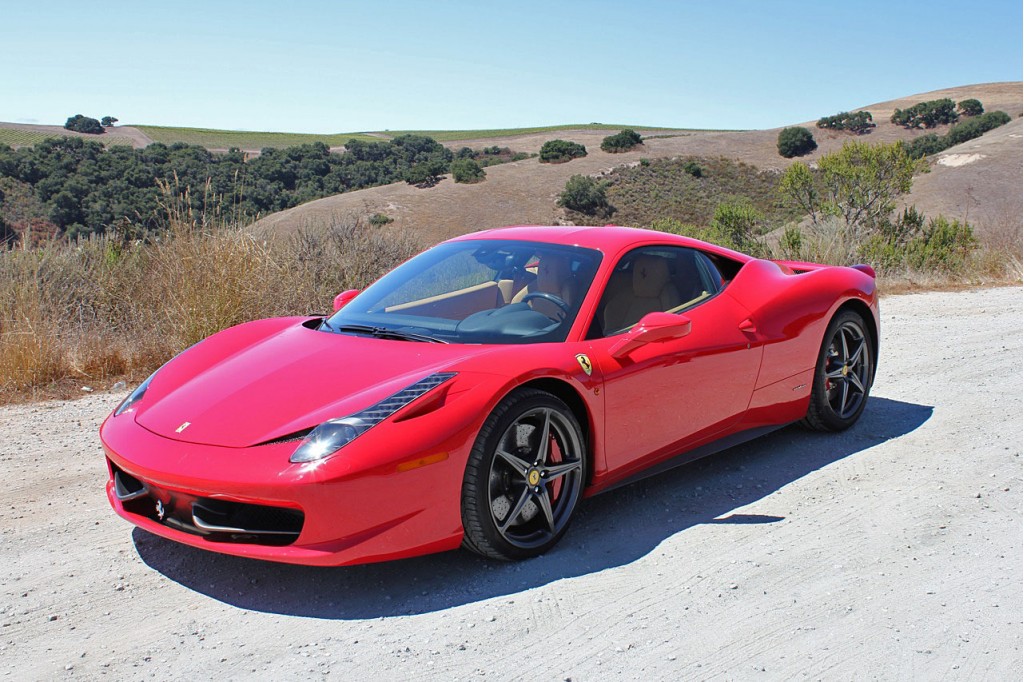 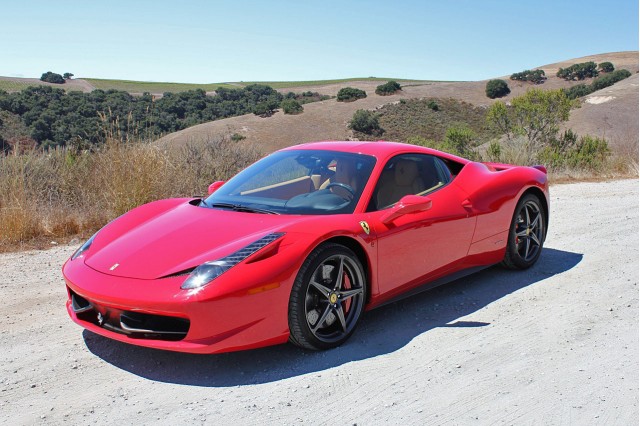 Your weekend was great, right? We spent some hot quality time with the 2010 Ferrari 458 Italia. That was pretty cool. Oh, you went to the bookmobile and had lunch with your aunt? Oh. That's cool too, I guess. [MotorAuthority]

All of this makes us sad that Italias seem to be biting it way more quickly than other supercars. [AllExoticCars]

Along with the Italia, we hit the 2010 Pebble Beach Concours like an 18-wheeler on a skunk. Yep, that hard. [MotorAuthority]

Saab's reconstruction era continues apace with the 2012 Saab 9-4X, coming to the Los Angeles show in time for Swedish execs to avoid the onset of winter. Timing is everything. [TheCarConnection]

Mazda's recalling its 3 and 5 cars for a steering issue. We hope one day to be recalled with a single-number name. Possibly "9," or "7." We're flexible. [TheCarConnection]

We get it, PETA--you like Dodge and not us, so much. But why get up in our grille over Chrysler's invisible monkey? [TheCarConnection]

So, what exactly do you have to service on a 2011 Nissan Leaf? If you're planning on putting gas in it, you really need to read more. [AllCarsElectric]

A Corvette hybrid? Surely that's madness. I mean, who would buy a Stingray with more power and better fuel economy? [GreenCarReports]

The 2012 Infiniti M35h hybrid has laid its cards on the table, down to its 1.3kWh battery pack. Now if only it could lift it again. Those cells are heavy, you know. [GreenCarReports]

While we're on topic, we've got one way to get car guys and gals fired up about electric cars. Make them sound like Ferraris. [PoliticsAndCars]

If you've never driven a Cadillac CTS Sport Wagon, you can today--vicariously. That way, there are no tolls. [7DayCarReviews]

Car loans are getting cheaper still--so should you buy now? [BestCarBuyingAdvice]

Want big fun, for a little cash, for your college driver? We like to pair the Hyundai Tiburon V-6 with a well-rounded state school of some acclaim. [CollegeCarGuide]

What makes drivers zone out? Different explanations about, but shockingly, we all do it about 13 percent of the time. [AllCarAdvice]

Porsche wants to find its oldest car in the U.S. The lucky owner gets to put it on a Los Angeles auto show stand. [LuxuryCarReport]

Those naughty Swedes are at it again with the Volvo S60, and this time, they're getting ABBA involved. [AmazingCarAds]

If you signed up to buy a Ford Fiesta, you're getting a $50 gift card since the car's a few weeks late. Nice touch, eh? [CarNewsBreak]