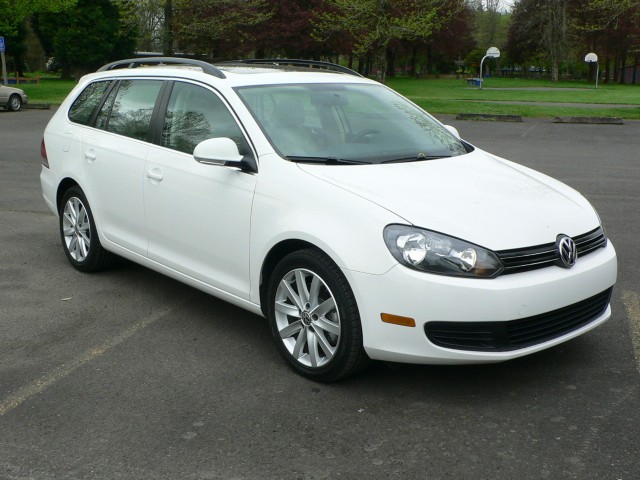 Love the Jetta SportWagen, but no so enamored of the all-new 2011 Jetta Sedan? Well, you're in luck: straight from the 2011 Volkswagen Jetta Sedan first drive, our Executive Editor Marty Padgett has word from within VW that the SportWagen won't be joining the sedan on the new platform.

Instead, it will keep its current Mark V roots, meaning a 3.5-inch narrower overall width and slightly lower height among other tweaks to increase interior room. The lack of rear-seat room in the previous models was one of its biggest drawbacks, and in a wagon, that could be a deal-breaker for some.

It may get a slightly updated look to help fit in with the new Jetta Sedan, but it will remain largely identical to its current build, with construction to remain in Germany, unlike the North American-built Jetta Sedan.

Volkswagen tells us the SportWagen won't be moving to the new platform anytime soon, either. That's not all bad, as the new Jetta Sedan gets the same basic powertrain options as the current car. Available engines in the current SportWagen are the 170-horsepower five-cylinder and the 140-horsepower four-cylinder turbodiesel TDI. We expect these powerplants to carry over unchanged.

As we wait for more details on the not-so-new SportWagen, keep up to the minute with the all-new 2011 Jetta Sedan through our Live Drive and Video of the Day, fresh from the ongoing first-drive event.