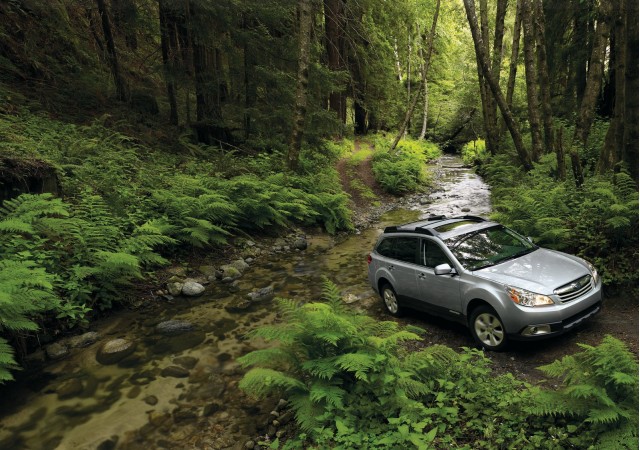 Subaru calls the 2011 Outback a crossover, even though we think it's more of an all-wheel drive wagon (and a fun one at that). Whatever class it sits in, it just got a bit cooler this morning, with the addition of mobile WiFi access linked to the Internet via 3G.

The new addition, dubbed simply enough "Subaru Mobile Internet," offers connection speeds of 400 kbps to 1.2 mpbs (i.e., standard 3G speeds) with the ability to link 10 or more devices to the Web at a radius of 150 feet from the car.

Subaru isn't the first to offer mobile WiFi--in fact, it's kind of late to the game. Ford, Volvo, Chevy, and others have had mobile Web access for months (or more) now. But hey, better late than never, right? If you're the New York Times, maybe not.

For the rest of us, though, the system costs $499 to have installed by your dealer,  and another $29 per month (a fairly typical data plan fee), but Subaru is offering the first three months for free. Like most of the other manufacturers offering in-car WiFi, the Subaru system is powered by Autonet.

More details on the 2011 Subaru Outback can be found here.