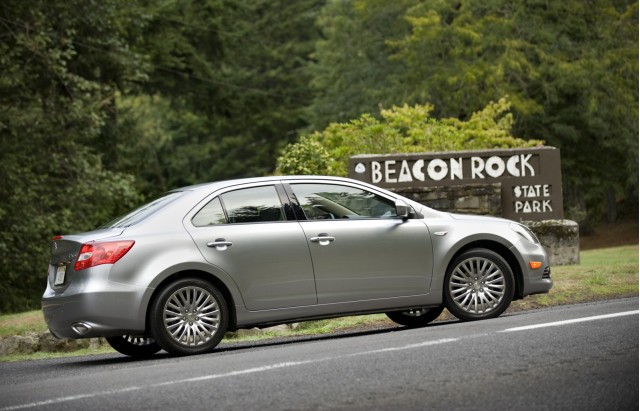 If you’re in the market for a sporty family sedan, go drive the 2010 Suzuki Kizashi, then take several of your other prospects on a test-drive.

Within three days of the original Kizashi test-drive, if you purchase one of several competing vehicles, Suzuki will give you a $250 prepaid debit card.

The deal is part two of Suzuki’s “Kizashi Test Drive Challenge” program and runs through the month of July. There’s really no other hitch, other than you need to fill out a registration form when you first drive the Kizashi at a Suzuki dealer.

Among the qualifying competing models are the four-cylinder versions of the 2010 Chevrolet Malibu, Ford Fusion, Mazda6, Nissan Altima, or Toyota Camry.

The offer doesn’t include all mid-size sedans; affordable mid-sizers that Suzuki didn’t include were the 2011 Hyundai Sonata, Kia Optima, and Volkswagen Passat.

Though it’s definitely odd, the campaign makes more sense when you look at the uphill battle Suzuki faces in just proving itself and getting the brand on shopping lists—and stoking traffic at oft-neglected Suzuki dealerships. As we summed in our review of the 2010: “If you can get past the Suzuki badge itself, you'll be pleasantly surprised. The 2010 Suzuki Kizashi is sophisticated, well designed, and a lot more fun to drive than most other four-cylinder mid-size sedans.”

We’re not the only ones; the Kizashi has been a bit of a critics' favorite all year, with high marks from a wide range of sources. The Car Connection gave the 2010 Kizashi an Overall Rating of 8.2 and praised its pleasant materials and trims, quiet cabin, handling and maneuverability, and “premium feel at a bargain price.” The only drawbacks we’ve seen, now over several drives, is that the engine can get a little gruff when worked hard, particularly with the CVT automatic, and headroom is a little tight with the sunroof. And we’d love to get all-wheel drive with a manual transmission (the combination isn’t offered).

Suzuki has at times referred to the Kizashi as mid-sized, but because it was designed to match up in size with international sport sedans like the BMW 3-Series, Audi A4, and Acura TSX, it ended up at least a half-size smaller than our U.S. mid-size sedans. 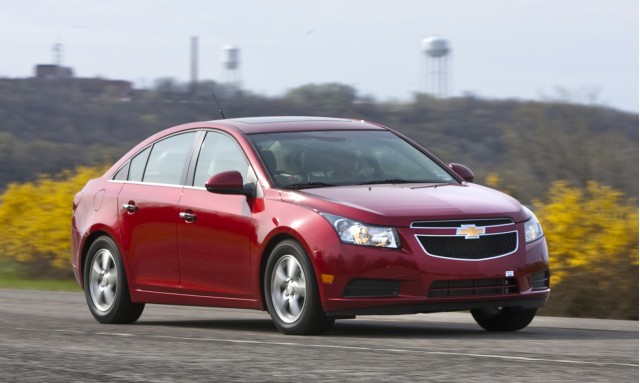 In our opinion, the 2010 Volkswagen Jetta is a more direct rival to the Kizashi, and the roomy packaging of the upcoming 2011 Chevrolet Cruze will also make it a top rival.

That said, if you like to drive, you’ll probably enjoy the Kizashi more than any of those larger rivals.

Perhaps a sign of effective marketing, it could prove harder than it sounds to simply take the money and run.