Barbecuers Beware: July 4 Is The Deadliest Day For Drivers 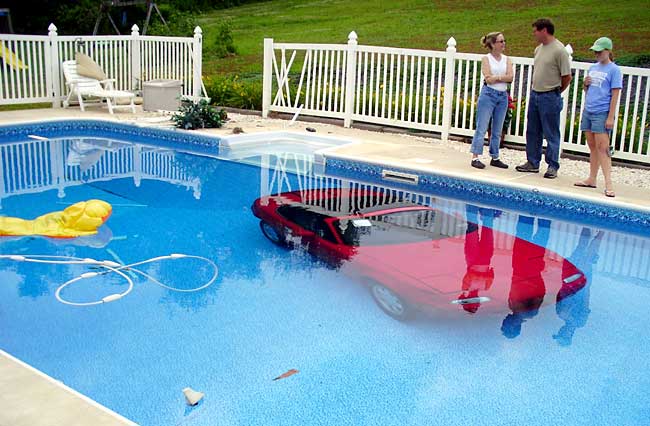 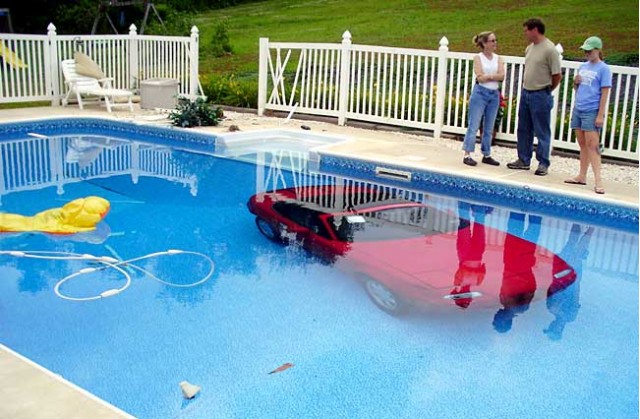 That's not especially surprising: as a holiday, July 4 boasts some unique characteristics. Christmas is a religious event, centered mostly around a heavy lunch and familial obligations. New Year's Eve revolves around dinner or a house party, and thanks to the wintry weather, many folks prefer to hunker down and celebrate in one spot rather than slog through snow and ice. July 4, on the other hand, typically starts with a barbecue with friends in the afternoon, lasting through sunset and some kind of fireworks display -- and throughout the day, we're pounding back the booze. In short: a day-long party + alcohol + mobility = looming problems.

Earlier this week, the Insurance Institute for Highway Safety issued a press release that included those sobering Independence Day statistics, as well as a short essay by IIHS President, Adrian Lund, which discusses the problems that lead to tens of thousands of fatalities on U.S. roads. In a nutshell, Lund lays much of the blame at the feet of U.S. politicians, who have enacted a series of easy-to-pass laws that look great on paper but miss point when it comes to traffic safety.

In making that argument, Lund points to anti-cell phone laws. IIHS studies have shown that although such legislation has caused a drop in phone usage behind the wheel, that hasn't translated into fewer accidents. Lund also mentions the highly publicized Toyota hearings on Capitol Hill -- hearings that played well on CNN, "even though the risk to millions of Toyota drivers is statistically small."

Lund says that the biggest roadway danger is speeding. America experimented with a national maximum of 55 mph, but since its repeal in 1995, the country has become a patchwork of interstate speed limits ranging from 60 to 70 and higher. Of course, there are plenty of groups that want to keep roads nice and zippy -- like the National Motorists Association as well as a range of 501(c)4s and PACs. Such organizations make the question of speed limits a hot potato for legislators.

It's hard, if not impossible, to legislate safety. True, safety belt laws have reduced fatality rates -- and that's a major win -- but there are many other issues that need to be addressed intelligently and effectively. Until then, whether you're a cautious driver or the kind who craves open, police-free roads, you're your own first line of defense when it comes to auto accidents. Here's hoping none of us need to rely on that second line over the coming weekend -- or anytime.

If you'd like to read Lund's comments, we've pasted his press release below.

July 4th is the Day with the Most Crash Deaths

ARLINGTON, Va., June 28 /PRNewswire-USNewswire/ -- As Americans celebrate Independence Day each year, an average of 148 people die in motor vehicle crashes according to the Insurance Institute for Highway Safety. An analysis of federal fatal crash data shows that July 4, August 13, July 15, and January 1 were the days with most crash deaths during 2004-2008. That compares with 114 deaths that occurred on the average day.

Below, Institute President Adrian Lund discusses some of the policies that could help reduce the highway death toll that is relentless every day of the year.

We can do more to reduce motor vehicle crash deaths
By Adrian Lund, President, Insurance Institute for Highway Safety

Why do we tolerate so many highway deaths? It is not that American society has become generally unconcerned about motor vehicle crashes. It is that we often emphasize the wrong aspects of the threat while ignoring many proven ways to reduce deaths and injuries on the highway.

Congress held extensive public hearings on the Toyota safety defects, for example, even though the risk to millions of Toyota drivers is statistically small. On the other hand, speeding is a factor in one-third of all highway deaths.

Compared with the Toyota controversy, there is no clamor for Congressional action calling for tough enforcement against speeding. There is no victims' advocacy group urging installation of speed controls on all vehicles that could prevent drivers from exceeding the legal limit.

Instead, Congress repealed the national maximum speed limit in 1995. Since then state after state has raised speed limits on many roads, costing thousands of lives. A petition to require controls to cap the top speed of large commercial trucks has languished for three years.

Meanwhile, distracted driving and cell phone use behind the wheel are getting all the attention. With much fanfare, states are enacting bans targeting various aspects of phone use by drivers, especially texting. Yet, there is little evidence that the laws will work. While we may find an effective legislative solution in the future, the results so far are not encouraging. Recent research by my organization on hand-held cell phone bans enacted in three states and the District of Columbia found that the laws are not reducing crashes even though hand-held phone use declined.

Why is our aim so far off? For one thing, officials are reluctant to take on the vocal opponents they would have to cross to implement some of the tough enforcement programs that research shows are effective. In contrast, it's been fairly easy to enact bans on texting while driving because they affect younger people, who usually do not march on state houses or vote in large numbers.

We should not forget that we have made significant progress over the years on some big highway safety problems. Through regulations and government and insurance industry crash-testing programs, vehicles are safer than ever before. Through "Click It or Ticket" enforcement campaigns, the percentage of American drivers buckled up has risen to 84 percent. But progress in many other important areas has stalled or reversed course because too often we let ourselves become distracted from what really works.