Beijing Lowers The Great Wall, But Will Detroit Invade? 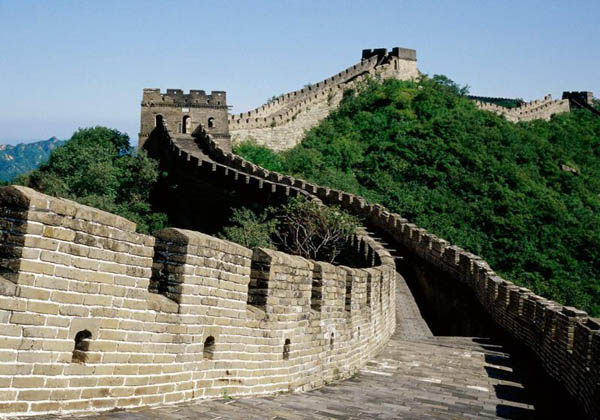 The Great Wall of China

The Great Wall of China

Over the weekend, China did something fairly extraordinary: the country's central bank allowed China's currency, the yuan, to increase in value against the U.S. dollar. That could open some important doors for Detroit automakers, who've all been working overtime to grab a slice of China's robust auto market.

For several years, China has restricted trading on the yuan, keeping its value artificially low. Maintaining such a cheap yuan has allowed Chinese manufacturers to prosper: supplies and production have been inexpensive, and consumers in China and around the globe have gobbled up the country's products. Furthermore, Beijing's policies insulated China from much of the global meltdown witnessed in 2008 and 2009, keeping China's economy rolling and America's trade deficit growing.

But now there's a chance that may change. Until last weekend, China had tied the yuan to the U.S. dollar and maintained a narrow range in which the yuan's value could fluctuate. Last weekend, China said that it will no longer regulate the yuan quite so heavily: yes, the currency will continue to trade within a pre-defined range, but that range won't be quite so slim.

For foreign automakers with facilities inside China, this could mean great things. As the yuan drifts higher in value, foreign vehicles -- built with comparatively weaker foreign money -- will become cheaper for Chinese consumers. This could play out especially well for brands like Buick, which already have strong followings in China and the advertising dollars to spread word about their products. It could mean good things for American manufacturers in other sectors, too: all those items that we import so cheaply from China are about to lose a bit of charm.

Of course, the news isn't all rainbows and unicorns. One trade-off for the change in China's policy is that production costs will increase for manufacturers in America and elsewhere who purchase parts and supplies from Chinese companies. And frankly, we're a little suspicious of China's move, coming as it does within days of the G20 summit in Canada. (China has been under much pressure from G20 countries to loosen restrictions on its currency.) Whether China will continue letting the yuan wander after the summit is fully up for debate.

This is a very big issue, with a lot of competing perspectives, and we highly recommend more reading on the matter. For additional information, check out Forbes, the Wall Street Journal, or run a simple Google News search.

2021 Jeep Grand Cherokee L three-row SUV costs $38,690, crests at $67,000
Commenting is closed for this article
Contribute
Send us a tip Comment Contact the editor
Follow Us