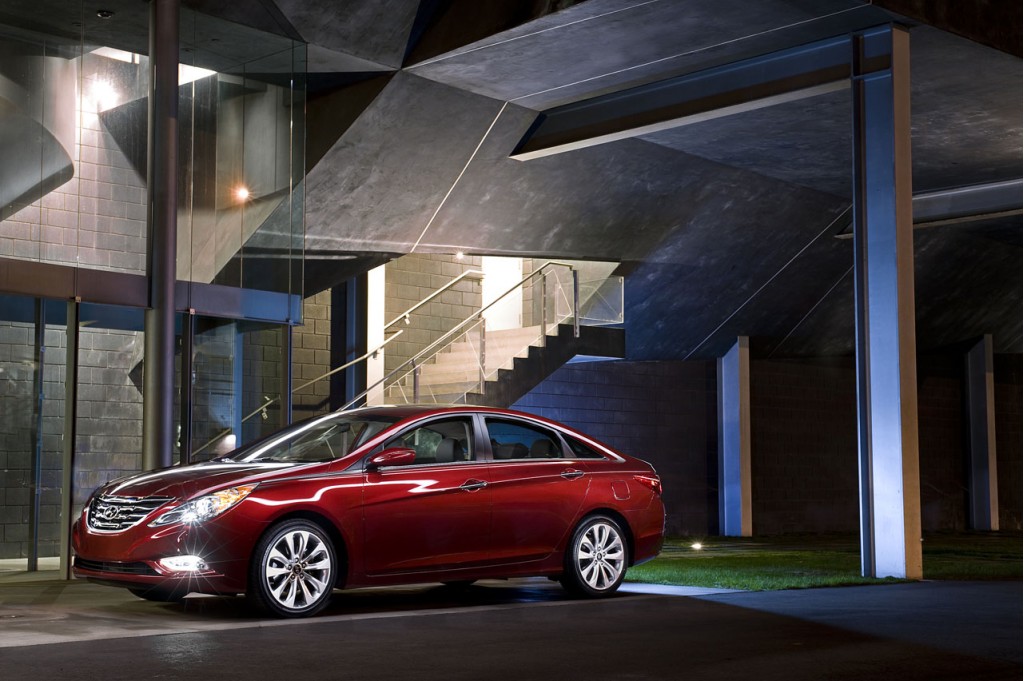 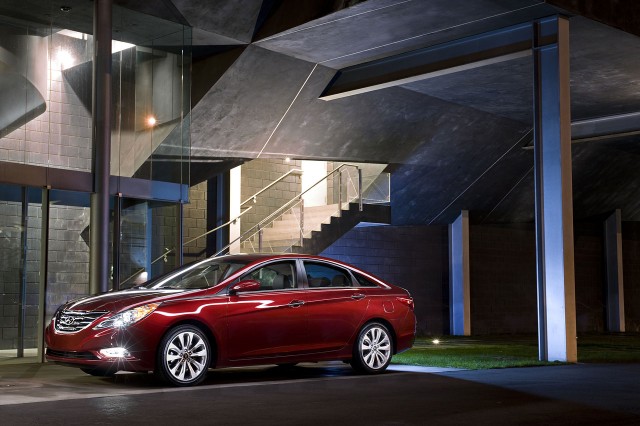 The 2011 Hyundai Sonata is selling strongly out of the gate--but two new versions on the way later this year will give mid-size sedan shoppers a couple more reasons to reconsider the V-6-powered competition.

Green-car fans can look forward to the Hyundai Sonata Hybrid, which shows up at year's end with a set of lithium-polymer batteries, a conventional six-speed automatic transmission and a potential 40-mpg highway fuel economy rating, according to John Krafcik, CEO for the American unit of the Korean automaker.

Enthusiasts will skip ahead to the Sonata 2.0T turbo, which Krafcik says will complete the "perfect trifecta." Under the hood: a 2.4-liter turbocharged four-cylinder with 274 horsepower. He estimates the Turbo version will only lose 1 mpg of fuel economy from the standard four-cylinder car, for a possible 34-mpg EPA highway rating.

"We think no car has ever put those tow numbers together," he adds.

Hyundai starts production of the new turbo version in September, with sales starting at the end of that month.

Krafcik also confirms Hyundai's American sales arm is looking closely at a proposed wagon version of the Sonata. The new model's in development for other world markets, particularly for Europe, and Krafcik admits he'd like to see it come to the U.S.--particularly as new fuel-economy regulations for 35-mpg cars are phased in over the next few years.