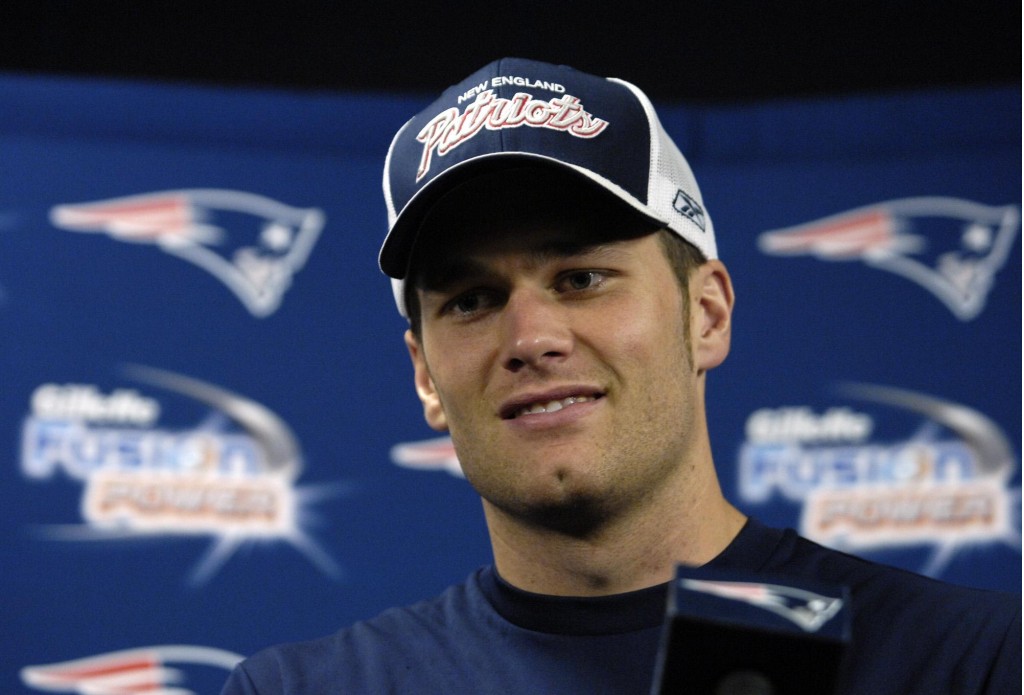 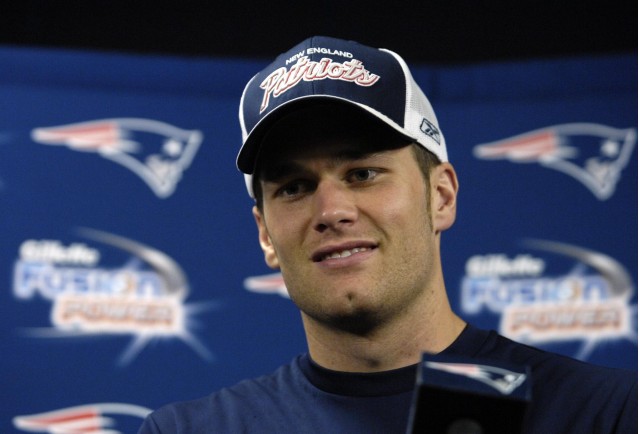 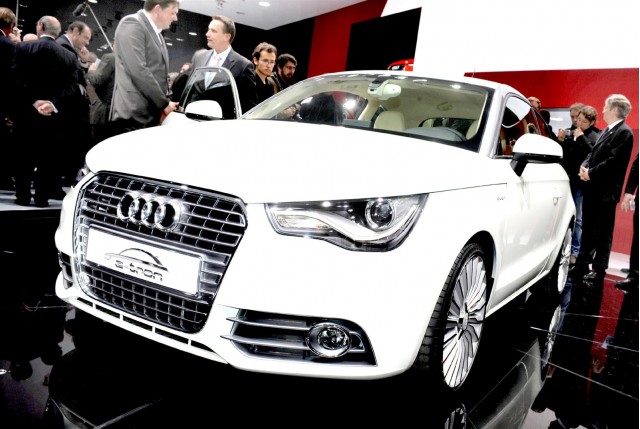 Planning a trip to New England this weekend for a little R&R? You might want to make a pit stop in Massachusetts to check out the Audi Best Buddies Challenge, a multi-day event that raises money for people with intellectual and developmental disabilities. The New England Patriots' Tom Brady will be part of the action, as will other celebs from the world of sports and entertainment.

Best Buddies is a charitable organization founded in 1989 by Anthony Kennedy Shriver, and the Best Buddies Challenge is one of its major fundraising events. Brady, who's been involved with the Challenge for three years, will once again quarterback for the Tom Brady Flag Football Challenge, which kicks off (literally) tonight at 6pm in Harvard Stadium. Nice guy that he is, Brady will do double-duty during the game, throwing for both teams. Afterward, he and fellow athletes Tully Banta-Cain, Mark Herzlich, Dan Koppen, Steve Neal, Vince Wilfork, and Pierre Woods will stroll over to the Celebrity Sous Chef Barbeque, hosted by semi-celebrity, Guy Fieri. Other events include cycling rides, a run/walk hosted by Carl Lewis, and -- hold onto your disco stick -- a clambake with KC & the Sunshine Band.

This is Audi's fourth straight year to sponsor the Best Buddies Challenge, and in that time, the automaker has helped the organization raise over $30,000,000. Granted, a lot of those contributions have come from other sources, but last year alone, Audi's own team raised $20,000 in donations for the cycling event. Which is, as they say, not too shabby.

Heck, even brash, hotheaded Johan de Nysschen seems warm (almost) in his prepared statement of support: “As we enter the fourth year of our relationship with Best Buddies, I can proudly say on behalf of the Audi organization that this partnership has been tremendously rewarding for us, as well as for Mr. Shriver’s organization.... We hope to help Best Buddies break its overall fund-raising record this year and also that our Audi team beats its own personal best in the race.”

No word on whether Audi will show off any of its rides during the event, but for now we'll assume the answer is "no". As nice as it might be to see the all-electric E-tron or the not-coming-to-America-anytime-soon A1, showing off Audi products when the company is meant to be raising money for others would seem a little tacky. Decorum wins the day. For once.

For more info, check out the Best Buddies Challenge website, or scan the press release below.

- Brady returns for his third year as Honorary Chairman
- Audi continues support for people with intellectual and developmental disabilities
- More than 1,500 people and celebrity guests to participate in Challenge

HERNDON, Va., Jun 3, 2010  -  Audi is once again the official vehicle of Best Buddies International and the Title Sponsor of the 2010 Audi Best Buddies Challenge: Hyannis Port. Founded by Anthony Kennedy Shriver in 1989, Best Buddies is dedicated to establishing a global volunteer movement that creates opportunities for one-to-one friendships, integrated employment and leadership development for people with intellectual and developmental disabilities (IDD).

This year’s fund-raising event will be highlighted by the Tom Brady Flag Football Challenge & Celebrity Sous Chef Barbeque at Harvard Stadium on Friday, June 4. The game, where long-time Best Buddies supporter Tom Brady will play quarterback for both teams, will be followed by a barbeque hosted by celebrity chef Guy Fieri. Several of Brady’s teammates, including Tully Banta-Cain, Dan Koppen, Steve Neal, Vince Wilfork, and Pierre Woods are also expected to participate in the game, as is Boston College Eagles Mark Herzlich.

“I’m honored to join Audi and Best Buddies to raise money for such a tremendous cause,” says Tom Brady. “What strikes me most about Best Buddies is the simplicity - and magnitude of the mission. Friendship is a simple idea. Connecting people who may not normally be friends and changing the way people think about individuals with intellectual and developmental disabilities – that’s huge.”

On Saturday, June 5, hundreds of cyclists will take the starting line at Boston’s John F. Kennedy Presidential Library & Museum for the picturesque 100-mile ride from Boston to Hyannis Port. The Challenge, which is open to participants of all ages and abilities and is designed to showcase the Best Buddies mission in action, also features alternative 50 and 20-mile cycling routes, as well as the Carl Lewis Challenge, a 5K run and 3K walk led by the Olympic gold-medalist himself.

Since partnering with Best Buddies International in 2007, Audi has helped the organization raise over $30 million in total donations in its primary fundraising events, such as this one. In 2009, the Audi team that raced in Hyannis Port and at the Audi Best Buddies Challenge: Hearst Castle raised over $20,000 on its own. Further, Audi of America has brought on Buddy interns to work at its Herndon facility and in addition to the corporate funding, Audi dealers and partners have donated $170,000 at joint regional events.

“As we enter the fourth year of our relationship with Best Buddies, I can proudly say on behalf of the Audi organization that this partnership has been tremendously rewarding for us, as well as for Mr. Shriver’s organization,” said Johan de Nysschen, president of Audi of America. “We hope to help Best Buddies break its overall fund-raising record this year and also that our Audi team beats its own personal best in the race.”

This year’s Best Buddies events will be dedicated to the memory of Eunice Kennedy Shriver, a great philanthropist who truly believed that the human spirit could overcome any obstacles. It was that belief that helped to inspire not only the Special Olympics, but Best Buddies International.

“I know my mother, Eunice Kennedy Shriver, is looking down from Heaven with a huge smile knowing that this year's Audi Best Buddies Challenge: Hyannis Port is a tribute to her incredible legacy, said Anthony Kennedy Shriver, Founder and Chairman of Best Buddies International. “She was the inspiration behind this event, which celebrates the many abilities of individuals with intellectual and developmental disabilities, and was one of her favorites. Best Buddies International is incredibly grateful for Audi's continued support, which goes way beyond this Challenge, and has helped us enhance and expand our mission. Audi shares our goals and our desire to turn visions – like my mother's vision of full inclusion for individuals with intellectual and developmental disabilities - into realities.”

The Challenge will be capped off by a New England-style clambake and private concert by multi-platinum recording artists KC & the Sunshine Band.