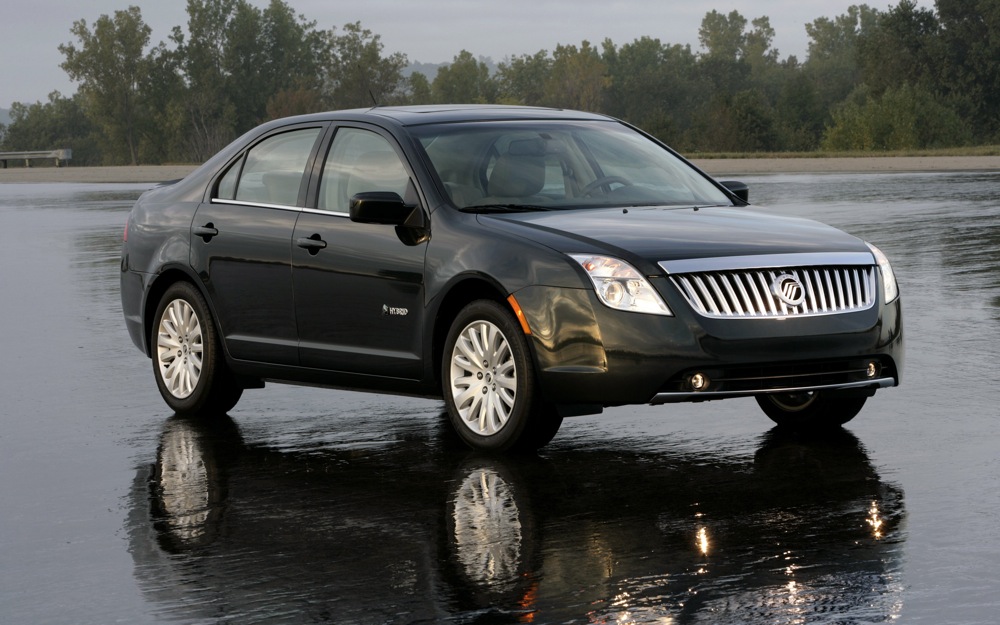 Reports are swirling about the future of Ford's Mercury brand. Although the company has not confirmed or denied it, several news reports indicate that Ford is considering dropping the brand and focusing only on Ford and Lincoln.

Mercury has been quiet on the new-product front of late, and with Ford serving as the mainstream brand and Lincoln as the luxury line, it's hard to see how Mercury fits in.

In the past, Ford hinted that Mercury would remain upscale but focus on smaller vehicles with greater fuel-efficiency.

Mercury only sells four models right now--the Milan, Mariner, Mountaineer, and Grand Marquis. The Grand Marquis will no longer be produced after next year, and the future of the Mountaineer is unclear, pending the upcoming redesign of the Ford Explorer, upon which the Mountaineer is based. The Milan and Mariner also share platforms with Ford vehicles--the Fusion and Escape, respectively.

Even if the brand isn't dropped, Ford has said it is planning to shrink the lineup further. The company's board of directors will consider cutting the brand this summer, according to Bloomberg News.