Connect with our dealer and finance partners through our site and ask for details regarding their at-home car buying services.
OK
HomeNewsbmw 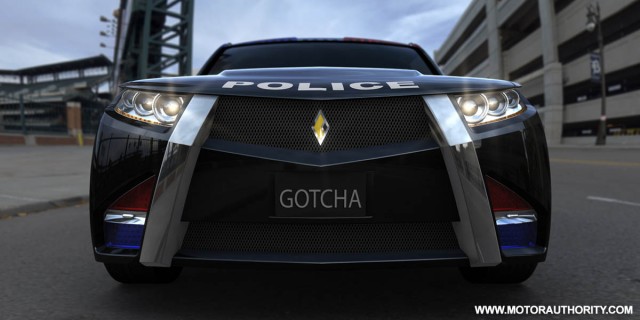 With the imminent death of the Ford Crown Victoria, automakers have readied a new set of contenders for the cop-car business, including Ford's Police Interceptor based on the Taurus SHO, the Chevrolet Caprice Cruiser, and the Dodge Charger.

But only one company offers a car designed from the ground up to be a police cruiser. That's Carbon Motors, and it has just announced that more than 14,000 reservations have been placed for its E7 turbodiesel four-door sedan.

According to website egmCarTech, Carbon released a statement yesterday (which, curiously, is not on its website), saying, “Carbon Motors has surpassed 14,000 production slot reservations for the Carbon E7.”

“These reservations were made by over 400 law enforcement agencies in 48 US States," it continued. "At this rate, Carbon Motors fully expects to have production sold out well in advance of the first vehicle rolling out of the Carbon Campus in Connersville, Indiana.”

Carbon Motors was founded in 2003, and it's the world's only maker of purpose-built law-enforcement patrol cars. Only legitimate law-enforcement agencies will be able to buy the E7, and the cars are to be destroyed at the end of their 250,000-mile service life.

The E7 has been designed with a larger passenger compartment, short overhangs, and a long 122-inch wheelbase. Rear "suicide doors" hinged at the rear make it easier for officers to assist handcuffed perps to enter and exit.

The many options include non-civilian items like emergency lights, "bass siren," 360-degree exterior surveillance, night vision, and integrated shotgun mounts. The rear compartment that can also be hosed out after those late-night drunk tank transports.

A void in the market

Roughly 65,000 police cars are sold each year in the U.S. Today, they are mostly Crown Victorias, but that car will go out of production at the end of 2011, leaving the market wide open.

A reservation isn't the same as a paid order, of course. Still, if all 14,000 reservations turn into purchases, that represents more than half a billion dollars' worth of sales--a sum that startups Tesla and Fisker would do well to equal.