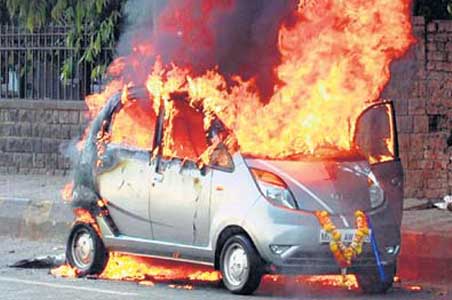 Yes, we hate ourselves for the puns. But, no, we're not going to stop. At least not yet.

Here's the latest on our startlingly successful story on the problems of spontaneously combusting Tata Nanos in India: Tata has now issued a statement reiterating the safety of the Nano, attributing two of the fires to different and non-systemic causes. 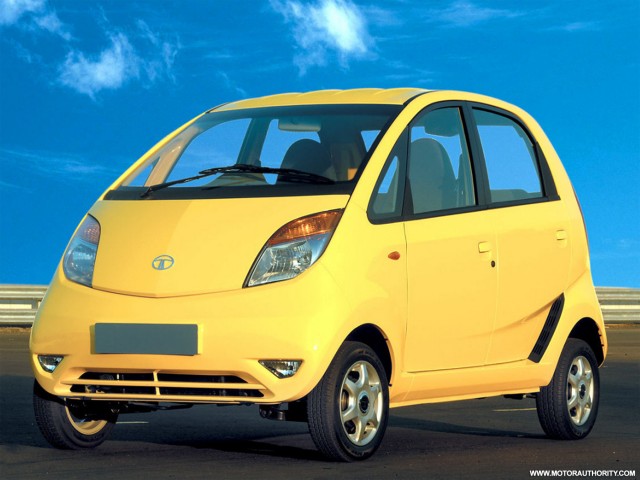 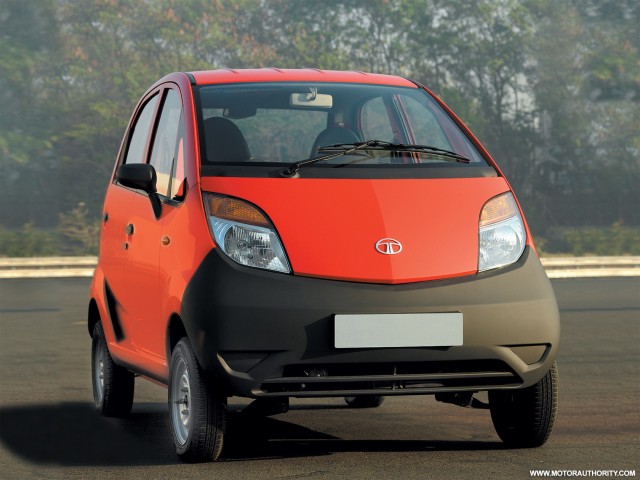 Although fewer than 10,000 of the tiny Nano minicars have been built to date, three separate fires were reported last fall while the cars were parked. Those incidents involved smoke from the steering column.

A Tata Motors spokesperson said the incidents stemmed from a short circuit in the Nano's "combination switch." Tata chose a new supplier for the switch, and Tata checked the few thousand cars then on the road.

Now the company has determined that a further fire in Mumbai in March was caused by a foreign object on the (very hot) exhaust pipe, while one last month in Gujarat stemmed from a fuel line that ruptured while the car was being delivered to a dealer.

Starting yesterday, Tata is contacting its buyers and offering free dealer service appointments to inspect the car and, "where necessary, add additional protection to ensure the car’s safety." What that protection may be is entirely unspecified.

Its press release notes firmly that "these inspections do not constitute a recall."

And it says, "On the basis of the findings of the investigation, conducted by a 20-member internal team and an independent forensic expert, Tata Motors assures all customers that the Tata Nano is a safe car, with a robust design and state-of-the-art components."

And there you have it. Let us hope there are no more cases of flaming Tatas.

Review update: The 2020 Ford Expedition Max Platinum poses issue for car seats
Comments (0)
Commenting is closed for this article
Contribute
Send us a tip Comment Contact the editor
Follow Us