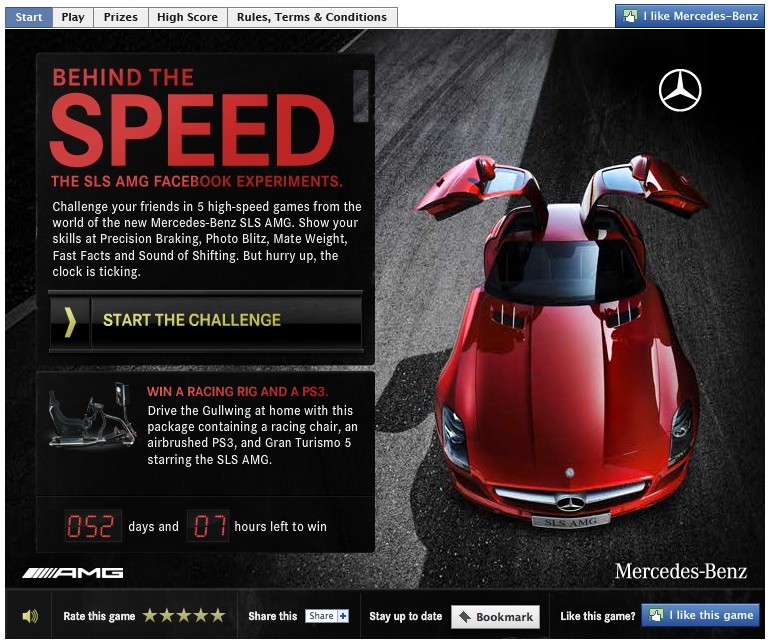 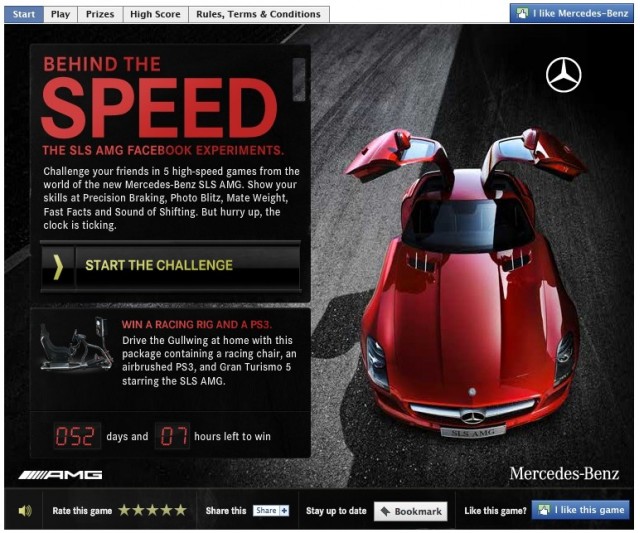 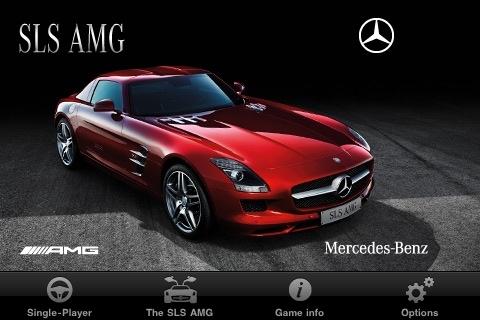 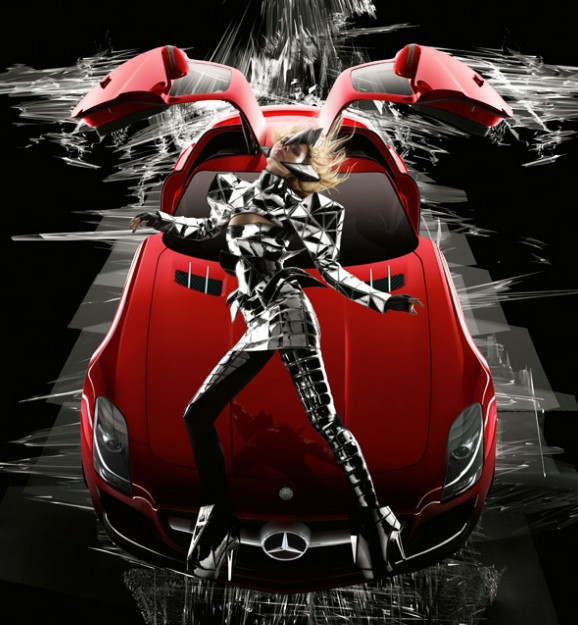 Mercedes-Benz has tried its hand at apps and social media several times in the past year. Some of those efforts have been, well, less than thrilling, but others have proven pretty useful (at least for buyers). Now, the luxury automaker is giving it another go with apps for Facebook and the iPhone/iPad/iPod Touch that feature the SLS AMG gullwing.

The iPhone app is a fairly standard driving game in which players use either the device's built-in accelerometer or an onscreen joystick to control an SLS as it cruises down a track. If you recall the video clips released earlier this year featuring Michael Schumacher looping an SLS around the walls of a tunnel, the look will be fairly familiar -- and thankfully, the tricks at your disposal will, too. It's not quite as exciting as a real AMG driving academy or even the track-side demos planned for raceways in the U.S., but it'll do in a pinch. Intriguingly, the button to enter the game area is labeled "single-player", which would seem to imply that multi-player options will be available in future iterations. Outside the game, there's another section of the app where users can learn plenty more about the SLS. (Hey, it's a marketing tool, after all.)

The Facebook application is a little less typical, but in this case, that's not a good thing. The app centers around a series of challenges, and the first -- we kid you not -- is braking. Seriously: the SLS hurtles toward a wall, and you're told when to hit the brakes. So that's what the kids want these days? Games about braking? We had no idea. (P.S. Sadly, not braking when you're instructed to do so doesn't make the game more interesting.)

The second game in the series is a memory challenge that has nothing to do with the SLS at all. As the car speeds forward in absolute darkness, photos of your Facebook friends fly past, and you're asked to remember as many of them as possible. Given Facebook's ongoing PR fiasco involving privacy issues, this portion of the competition kind of creeped us out. In fact, it's where we stopped playing, leaving the last three games of the series locked, which in turn meant we forfeited our chance to win some fairly nifty prizes. Among the booty up for grabs: a coffee table book about the SLS, a Playstation 3, a copy of Gran Turismo 5,  and a racing rig to sit on while enjoying said game. Oh well: at least we're champs at quitting.

As predictable as the two apps may be -- and as invasive as the Facebook app may seem -- they're no worse than what other automakers have published (though neither really holds a candle to Chevy's 99% awesome baseball app). And we have to admit: they look great. That's partially due to the sleek, sexy SLS, but it's also a credit to the apps' designers. The interfaces are clean and beautiful, and these days, that's a really pleasant surprise.

On a side note, we should point out that neither of these apps is really meant to sell the SLS AMG. With a pricetag around $200,000, the SLS is beyond the reach of most Facebook and Apple gadget users. Like Mercedes' use of the SLS in ads for its high-profile fashion weeks, the apps are part of a halo campaign -- something bright and shiny and impressive that leaves a great impression of Mercedes-Benz products that can filter down to more affordable products in its lineup. Mercedes still has a LOT to learn when it comes to social media, but when it comes to branding, few do it better.