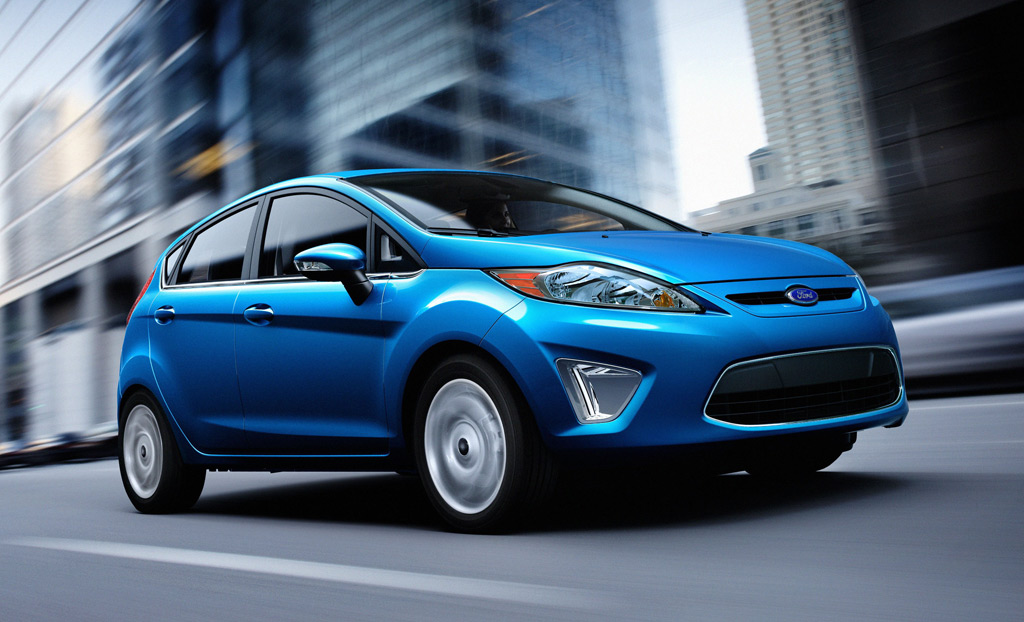 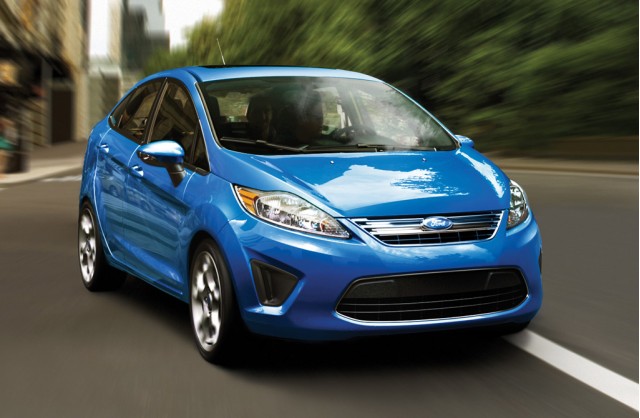 The numbers are out on the 2011 Ford Fiesta, as the EPA has finalized the fuel-economy numbers for Ford's new subcompact.

When mated to Ford's new "PowerShift" six-speed automatic transmission, the 120-horsepower four-cylinder is EPA-rated at 29 mpg city and 40 mpg highway. When matched to the five-speed manual, the numbers are 28 mpg city and 37 mpg highway.

The automatic doesn't use a torque converter, instead using a dry dual-clutch setup. The 40 mpg figure is five mpg better than the best number that the Honda Fit can offer, and four mpg better than the highway number for a manual-transmission equipped 2010 Toyota Yaris.

High fuel-economy numbers from a small car aren't really surprising, and Ford has been pushing the Fiesta's fuel-efficiency in both the car's marketing and in its press materials. Ford took steps to maximize fuel economy, such as attempting to reduce the energy drag of the alternator and air conditioner and installing a fuel shutoff that kicks in when the car is decelerating. Another move: Installing an electric power steering system, which saves weight over a hydraulic setup.

Fuel-economy is important to buyers in this class, and these numbers could help give the Fiesta a boost in the market. If nothing else, expect Honda and Toyota to do what they can to bring even more fuel efficiency to their subcompacts.