One Bing To Guide Them: Microsoft Brings Turn-By-Turn To (Some) Handhelds 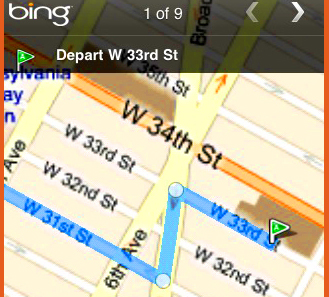 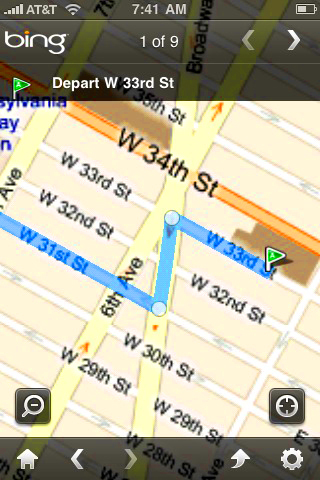 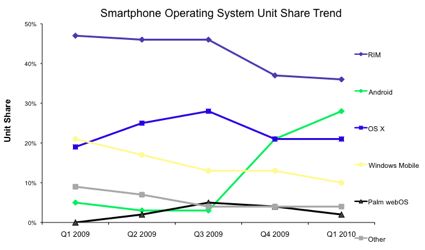 A couple of weeks ago, we mentioned that Google's turn-by-turn navigation service -- currently available on Android headsets only -- is heading to the iPhone. That spells bad news for Garmin, TomTom, and other third-party GPS manufacturers, and unfortunately, there's more where that came from: Microsoft has now announced that Bing will offer turn-by-turn, too. The good news (for TomTom et al)? The service will be limited to phones running Windows Mobile, an operating system that's hemorrhaging market share.

Bing's turn-by-turn operates like nearly every other service on the market: users enter a starting point and a destination, and Bing calculates a number of routes to get them from A to B. According to the Bing website, users "can select the fastest or shortest route, choose to avoid traffic and/or tolls, get a map or a list of directions, and see arrows and hear alerts to know which way to turn next."

That makes the Bing service sound a bit more thorough than the one offered by Google, which as we understand it, can't account for roadway congestion when mapping -- though to be fair, Bing's verbiage isn't clear on that point, and Google does offer live traffic data so users can re-route themselves on the go.

For the time-being, Bing's turn-by-turn will be available only on phones running Windows Mobile, which has lost market share for three of the last four quarters. Microsoft may regain a bit of ground with the launch of Windows Mobile 7 later this year -- but then again, given the recent surge in Android adoption and the (mostly) steady progress of Blackberry's RIM and Apple's OS X, will it be a case of too-little, too-late? And if so, will Bing's turn-by-turn migrate quickly to its iPhone and Android apps to preserve Bill Gates' dignity?

But perhaps more importantly -- at least for Star Wars fans -- what's to become of Garmin, TomTom, and their ilk? Well, not that those companies asked for our opinion, but if they want to remain viable in the face of increasing smartphone adoption, they'll need to find new means of appealing to drivers. Custom voices are one way, but given the price of third-party hardware, we're not entirely sure that listening to Homer Simpson tell you exactly where to get off will be enough to make buyers invest in yet another gadget. Maybe -- just maybe -- this is their eight-track moment.