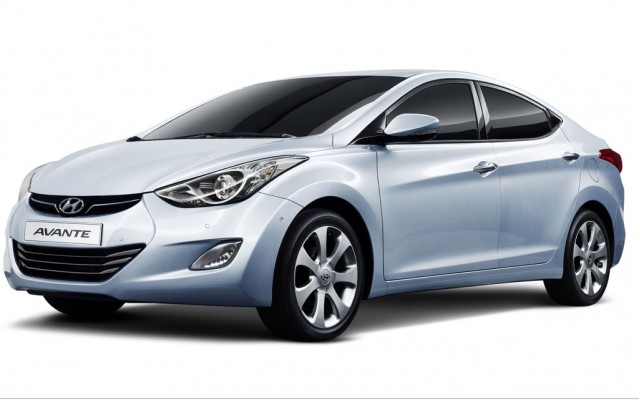 We've seen the future of the 2011 Hyundai Elantra, and now we're passing those details on to you.

Hyundai showed off the car's South Korean relative, the Avante, at the 2010 Busan Auto Show, and much of that car previews the 2011 Elantra, which will go on sale later this year.

For starters, the styling evokes the just-launched 2011 Hyundai Sonata, and like the Sonata, the Avante follows the Hyundai formula of placing upscale features in an inexpensive car. In this case, that means HID headlights, heated seats, and a color LCD display in the gauge cluster.

Some of those features won't make it to the American car, but we'd expect to at least see heated seats on this side of the pond.

Engine choice is still up for grabs. The Korean car uses a 1.6-liter gasoline direct injection (GDI) engine that makes 140 horsepower and mates to a six-speed automatic transmission, and it wouldn't be surprising to see that engine be the main choice on our shores.

Pricing hasn't been announced, but we'd expect it to be around the current car's sub-$15,000 price of entry. The exact on-sale date is unclear, but it will be in the second half of this year.