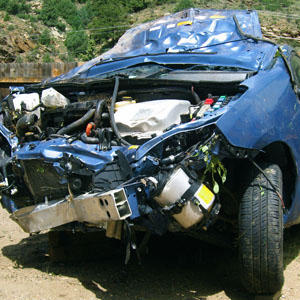 Remember back to last fall, when the whole Toyota recall mess started to unfold?

And do you recall that the National Highway Traffic Safety Administration horrified many observers, us included, by saying it had no software or electrical engineers on staff?

Well, our elected officials took note. Yesterday, in the wake of the Toyota incidents, bills were circulated in the House and Senate that would rewrite auto-safety regulations, give the NHTSA new powers, and greatly expand its enforcement budget.

Among other powers, the Agency could order a carmaker to recall, stop selling, and/or stop building vehicles that it found to pose an "imminent hazard of death or serious injury."

Under the House bill, drafted by Representatives Henry Waxman (D-CA) and Bobby Rush (D-IL), NHTSA's enforcement budget would increase to $280 million by 2013.

To fund this, every new car sale would have a fee added: $3 in the bill's first year, $6 the second year, and then $9 the third year, with increases at the rate of inflation thereafter. That $9 would represent 0.05 percent of the cost of a $20,000 new car.

The bill would also mandate event-data recorders ("black boxes") on all new vehicles within two years, as well as brake-override software that cuts power to the engine if both accelerator and brake pedals are being pushed at the same time.

The House Energy and Commerce Committee will hold a hearing on the bill next Thursday. A draft of a broadly similar Senate bill is being circulated by Senator Jay Rockefeller (D-WV).