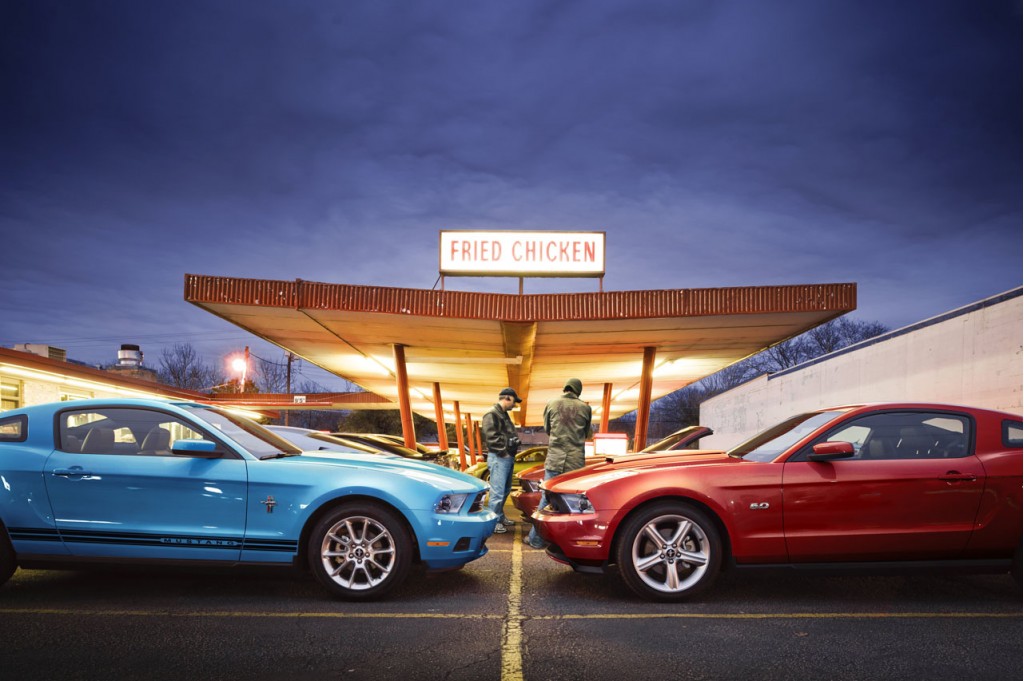 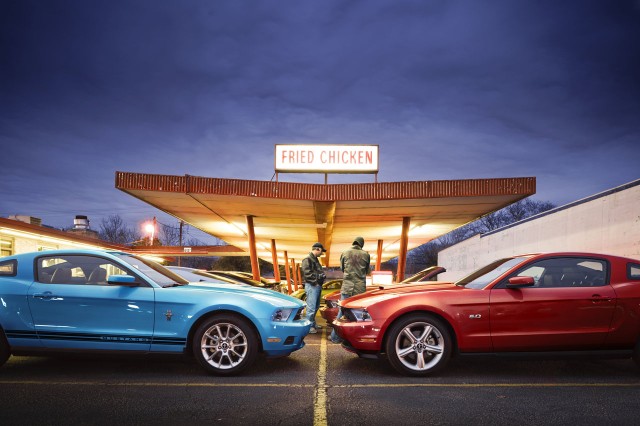 This is all we got: "Be one of the first to view the new 2011 Mustang commercials showing on American Idol tonight! http://bit.ly/bBlmvO"

Eventually, the coffee kicked in and we realized: Ford is using social media to encourage us to watch traditional media. But isn't this supposed to work the other way around? Didn't companies once wrap up TV commercials with a big ol' 372-point mention of their URL? "Visit www.PottyTraining101.com for info, tips, ad our weekly column from Al Roker!" That sort of thing?

We know this isn't the first instance of a company using Twitter or Facebook or other web media to encourage us to watch a particular TV program -- in fact, they do it all the time. But for some reason, this particular instance resonated with us. Maybe that's because the thought of using a still-fresh startup like Twitter to encourage people to watch one of the most popular shows on network television seems a little absurd.

Of course, this raises the question of which media division is in charge nowadays. Just a few years ago, television clearly had the upper hand, which is why advertisers were trying desperately to convert TV viewers to page-viewers. But with the traditional media spend in flatline and digital spending on the rise, it seems the pendulum has swung to the other end of the arc -- this tweet from Ford being just one example of that phenomenon. We don't see an easy way for TV to regain control, though in fairness, we've been wrong before.

But that's enough philosophizing for a Thursday. Here's what you really want to see: the :30 spot for the new Mustang and the return of Vanilla Ice's fabled 5.0. Let the ragtop down so your hair can blow.