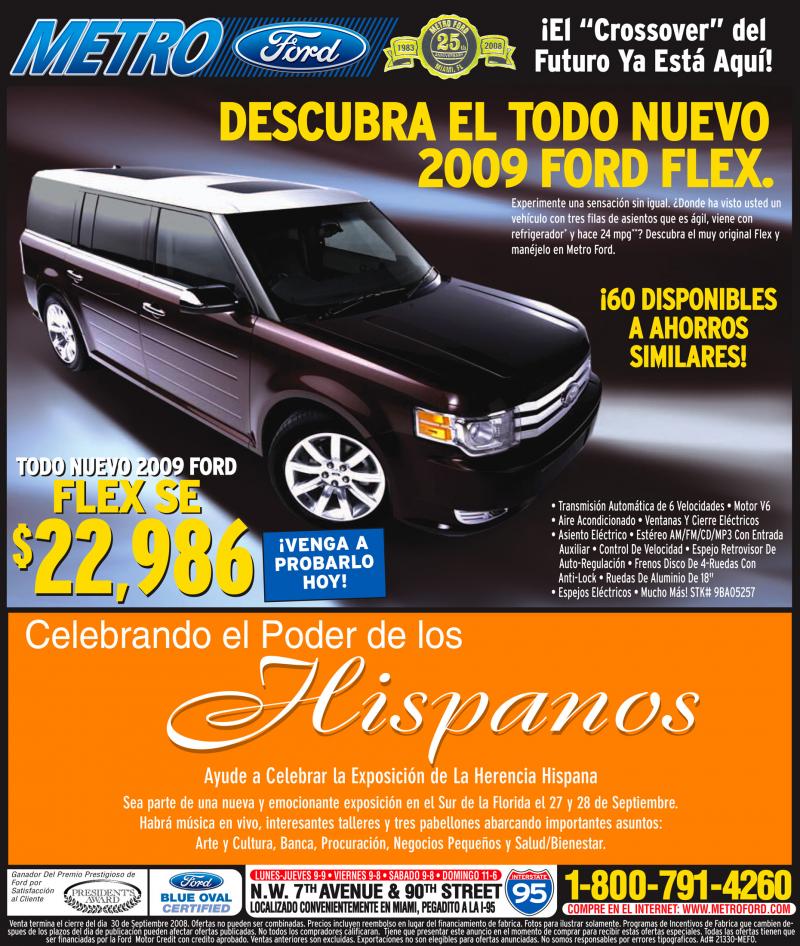 Spanish-language ad for the 2009 Ford Flex 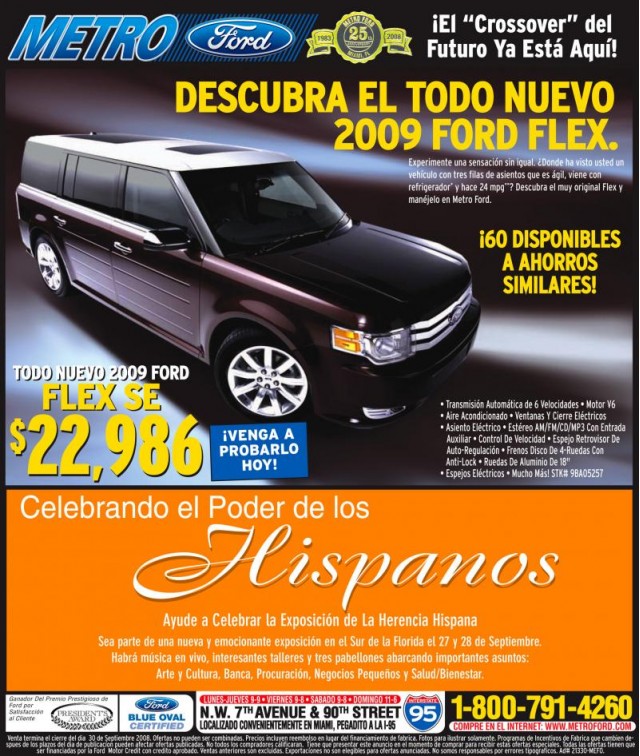 Spanish-language ad for the 2009 Ford Flex

We all know that the recent recession was tough. Surrounded by bankruptcies, layoffs, and general economic tsoris, companies of all sorts had to re-examine how they did business. Across every sector, budgets were cut, and the trimming often began in marketing departments. Particularly hard hit? The auto industry and its advertising geared to Hispanic and African American shoppers.

In 2009, automakers reduced spending on TV, magazine, and radio by an average of 13%. But the budget for ads targeted to African American consumers dropped by 18%, and Hispanic media saw a whopping 38% decline.

Much of that reduction stems from streamlined production costs. It's not uncommon for one automaker to use several different ad agencies, each specializing in a different demographic -- so one agency might focus on reaching African Americans, another on Chinese Americans, another on LGBT consumers, and so on. Over the past few years, there's been a trend toward consolidating that process, with companies relying on just one or two general-market agencies to craft messages that speak to various target markets. The recession accelerated that process, the result being that automakers were spending less on ad creation.

There's something to be said for that approach. Big-box, general-market shops like Ogilvy and BBDO may not be as hip or trendy as a lot of boutique agencies, but they're still capable of turning out strong, targeted ads. As their workforces continue to diversify, we'll likely see quality improve. Using just one of those big agencies instead of many little ones makes marketing easier and cheaper for the advertiser.

However, there have also been cuts in spending on Hispanic- and African American-oriented media. With minorities making up about 25% of the car-buying public, and America's booming Hispanic demographic, scaling back now seems fairly unwise. Advertising in general publications like daily newspapers is fine, and it reaches many of the same potential customers, but those ads don't going to carry the same weight with minority customers as the ones that appear in more targeted publications.

It's unfortunate that in times of crisis, companies shoot themselves in the foot by slashing their ad budgets. It's even more unfortunate that they would disproportionately scale back advertising to some key target markets. Companies like Ford have compensated for the cuts by beefing up social media and other digital marketing, but those don't typically have as strong an impact on minority communities. We'll see how all this plays out as automakers figure out the leaner, meaner lay of the land.