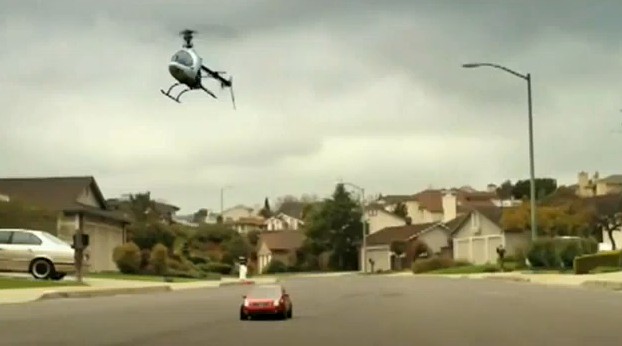 Screencap from Canadian commercial for the Nissan Sentra SE-R

Screencap from Canadian commercial for the Nissan Sentra SE-R

Drifting is serious business. It requires the right car, the right skill, and, if you're making a commercial, the right folder full of permits, permission slips, and indemnity forms. And if you're planning to shoot that thing in a cul-de-sac, you'll need the approval of the residents' association, too. Getting Britney Spears back on her crazy pills would be an easier task.

Rather than put themselves to all that trouble, the folks at Nissan Canada and their ad agency, TBWA, Toronto, took a much simpler route: they built a 1/10 scale model of the Nissan Sentra SE-R, tacked on a remote-control motor, and put the car through its paces in an idyllic looking corner of suburbia (which features at least one other Nissan vehicle, the Frontier).

Is this the best commercial we've ever seen? Nah. Is it well executed and clever? Not particularly. But the driver knows what he's doing, and the remote-control Nissan GT-R camera car is a nice touch, and the uncredited, headbanging backing track is more than enough to get your heart racing on a sluggish Monday morning. And hey: it's more than just your usual car-on-road clip, right? You're welcome.