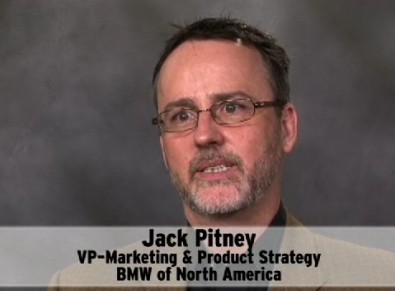 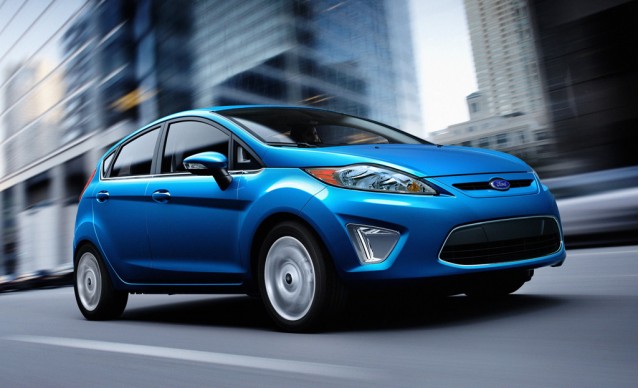 The world of today is a little different from the one we inhabited just two or three years ago. Free-wheeling credit, a strong housing market, Pontiac: all gone, the dusty excesses of yesteryear. Even luxury consumers -- usually a consistent lot -- have pulled in the reins on spending. But of course, people around the world still need cars. So how do automakers lure them into showrooms? That depends.

Advertising Age cornered five marketing bigwigs at the recent New York Auto Show:  Jim Farley from Ford, Audi's outspoken Scott Keogh,  John Maloney of Volvo North America, Hyundai's Chris Perry, and BMW's Jack Pitney. Each had his own spin on attracting business in a (hopefully) post-recessionary world, and most hinted at future marketing plans. Their comments (or lack thereof) on social media were also telling, since of the five, Ford is the only one that seems to know what it's doing on that front. But most of all, we liked the chats with Pitney and Maloney.

You might recall the new "Joy" campaign, which made it seem as if BMW might be kicking its famous "Ultimate driving machine" tagline to the curb. That may have been BMW's initial intention, but it's pretty clear that Pitney got a big ol' earful from higher-ups, consumers, and other enthusiasts strongly encouraging him to back the hell off. In this clip, Pitney seems a little shell-shocked from the ordeal, but he plays it off as though the real stunner is the suggestion that BMW would relinquish such a valuable marketing tool:

The other clip of interest (Scott Keogh's video being mostly another instance of Audi braggadocio) comes from Maloney. Take a look: is it just us, or does he seem a little defensive when asked what the future holds for marketing at Volvo (and implicitly, for him)?