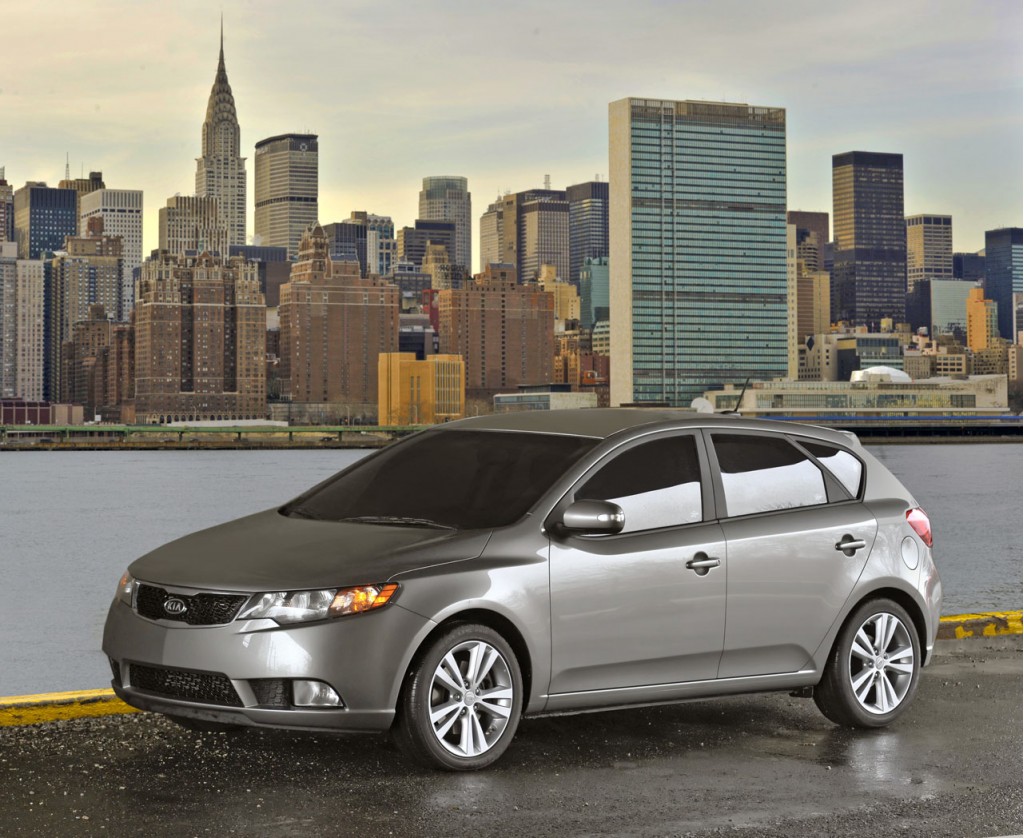 Kia has yet another flavor of Forte for car shoppers--a five-door hatchback is joining the family, and it's live this week at the 2010 New York auto show.

The 2010 Kia Forte has become one of our favorite compact sedans--and quickly. In its initial outing with TheCarConnection's road-test team, the Forte scored an 8.4 out of 10, thanks to its spacious interior, quality fit and feel, and strong value--even while we don't care so much for its slack manual transmission or for the feel of its hydraulic-assist steering. The two-door Koup's styling gives it a bit more flair, while the wagon-ish Soul gets the best package and visuals of all.

Now with a five-door version, Kia's slicing the space between the Soul and the Forte sedan even more finely. With its own grille, wheels, aero add-ons, and upscale touches like push-button start and paddle shifters, the five-door will cover some of the more sporty territory left behind by its companion models. The major mechanical change? A new six-speed automatic transmission, while other versions have offered five-speed automatics at best. A six-speed manual is also on the spec sheet.

We'll have more information this morning as the Forte hatchback has its world debut. 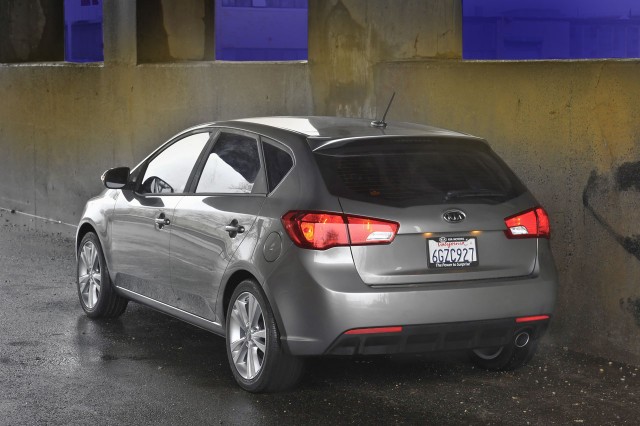