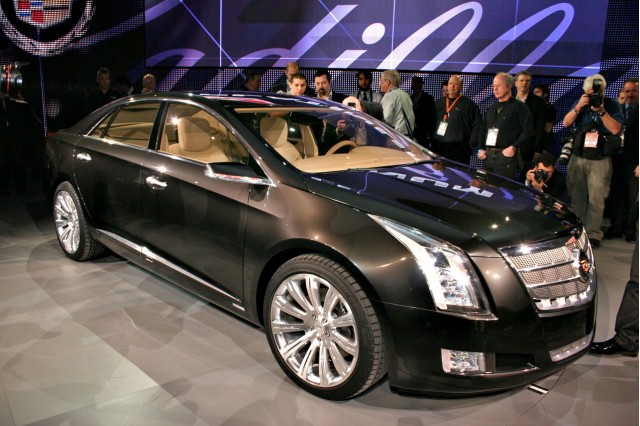 General Motors is working on a turbocharged V-6 that could see application in a wide range of vehicles, perhaps in place of a V-8 in the vein of Ford’s EcoBoost V-6.

The new 3.0-liter twin-turbo V-6 would be heavily based on the 3.0-liter and 3.6-liter naturally aspirated, direct-injection engines that are now quite ubiquitous in GM’s U.S. products (especially in its larger 3.6-liter guise).

The 3.6 made its debut in the Cadillac CTS many years ago while the larger smaller 3.0-liter V-6 is currently used in the 2010 Cadillac CTS and 2010 Buick LaCrosse, among others. GMInsidenews, citing engineering sources within GM who confirmed the project, is anticipating that the new engine will debut in the 2013 Cadillac XTS, as well as the Cadillac ATS and potentially the Chevrolet Camaro.

The XTS, which shows a different design direction for Cadillac, was previewed at this January's Detroit auto show as the XTS Platinum concept, with all-wheel drive and a hybrid powertrain, will likely replace the STS and DTS in the luxury brand's lineup.

Ford’s EcoBoost 3.5-liter makes up to 365 horsepower and 350 pound feet and is installed in the 2010 Ford Taurus SHO, Ford Flex, Lincoln MKS, and Lincoln MKT, among other products, and achieves better fuel economy ratings than larger-displacement V-8 engines while producing power and torque ratings on par with them. A version of the engine is also expected soon in the Ford F-150 pickup.