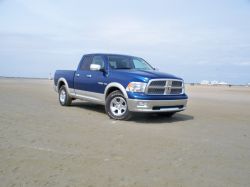 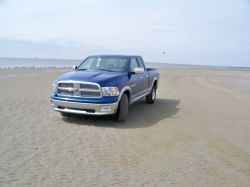 Another award was given out to the 2010 Dodge Ram 1500, when it won the New England Motor Press Association "Winter Vehicle Award for Best in Class Pickup Truck."

This is the second year in a row in which the truck has won the award, and according to Chrysler, the Ram has won more than 20 awards since it was introduced.

In February, 50 members of the New England Motor Press Association (NEMPA) gathered for the annual Winter Vehicle award voting. The group evaluates how well a vehicle meets its needs during the winter.

NEMPA is composed of members from all six New England states.

Now the Ram has another feather in its cap as Chrysler tries to hang on until it can launch new product later this year. We've driven the new Ram, and it's a solid truck. Now it has more trophy for its case.