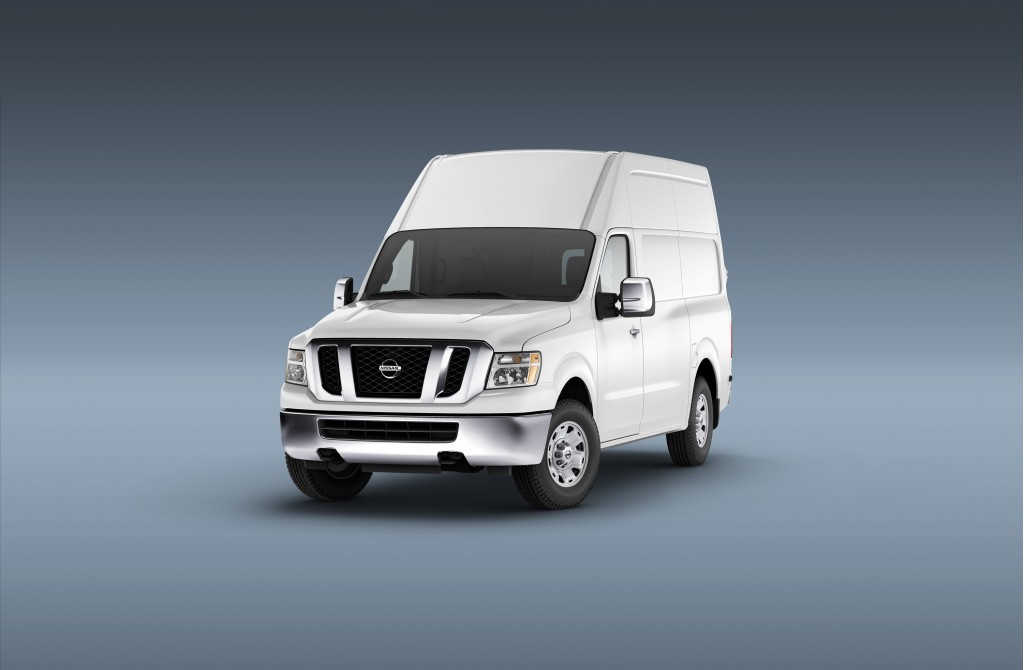 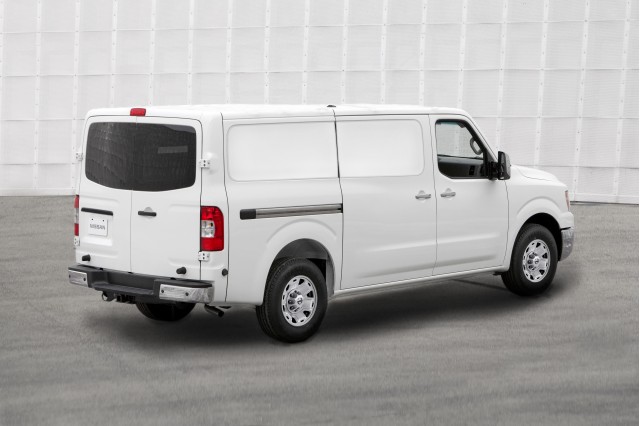 ST. LOUIS--Is the commercial van niche the next hot market? First the Dodge Sprinter, then the Ford Transit Connect--and now the Nissan NV?

Yes sir, that's no Altima. It's not even a 370Z. Nor is it a Titan--although it shares some DNA with Nissan's full-size pickup. Nope, it's an all-new cargo van that in Nissan's words "combines the best of both worlds" between a pickup truck and a van.

It certainly is big. The wheelbase is 146.1 inches long and the overall length is 240.9 inches--making the NV a tick over 20 feet long. Nissan is claiming that the cargo floor is 120.7 inches long and has a maximum with of 70.3 inches. Standard Roof models will offer 55.4 inches of cargo-area height, while High Roof models will have a maximum cargo-area height of 76.5 inches, which would allow users to stand up straight.

Engine choices will consist of a 4.0-liter V-6 and a 5.6-liter V-8. Power numbers haven't been released, but expect similar numbers to the 4.0-liter V-6 (261 horsepower) used in the Nissan Frontier and the 5.6-liter V-8 (317 ponies) used in the Titan. Both engines pair with a five-speed automatic transmission. Pickuptrucks.com says that two diesel engines and a six-speed automatic will be available at a later date.

Saying that the NV is based on Titan is a little like saying that Superman is based on Clark Kent. The NV's frame is based on the Titan's frame, but it's heavily modified, almost to the point of being completely new. Still, there is a family resemblance, especially ahead of the A-pillar, as the NV has a very pickup-like long hood. Nissan says this allows for easier access to the engine for maintenance and repairs, and it allows for the interior to have a little more space.

The NV will be built in Canton, Mississippi and go on sale later this year.

Take a look at video of the reveal here: