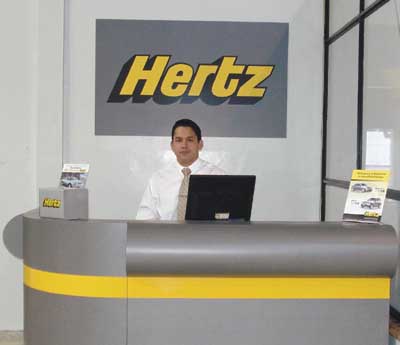 If you regularly rent cars for business or family vacations, you've likely had at least one or two rentals that grossed you out in some way.

Now you have a reason to be concerned, not just squeamish.

NBC's Today Show tested vehicles in Miami, which is one of the largest rental-car hotspots in the country, renting cars from six of the top rental companies—a wide range of vehicle types (showing a Pontiac G6, Chrysler Town & Country, and Saturn Vue)—and found them to be absolutely disgusting.

Visually, of course, they found the food crumbs and sticky residues we're accustomed to seeing, if not in the cupholders, under the seat if we dare look. But they also found dried vomit.

The show also had a team of microbiologists swab the interior, including the steering wheel, switchgear, knobs, and handles, and they found the vehicles to be ridden with illness-causing bacteria—as much as a public restroom, they said, including strains of bacteria that are markers for stomach bugs and flu virus. There was even bacteria present, on a rented child seat, that could cause strep throat.

And that's in addition to all the other toxins in new cars that we've already reported—such as lead, mercury, arsenic, bromine, and antimony, as tested by HealthyStuff.org.

According to the report, rental companies have been downsizing their cleaning staff and rushing the cars out for other rentals. A former franchise owner told NBC that only about 30 percent of the cars that come in get deep-cleaned, so 7 out of 10 are getting a very cursory tidying-up, or none at all.

Watch the video below for the full report. But trust us, it's probably not one that you should watch while eating…

[Today Show, via Autoblog and MSNBC]