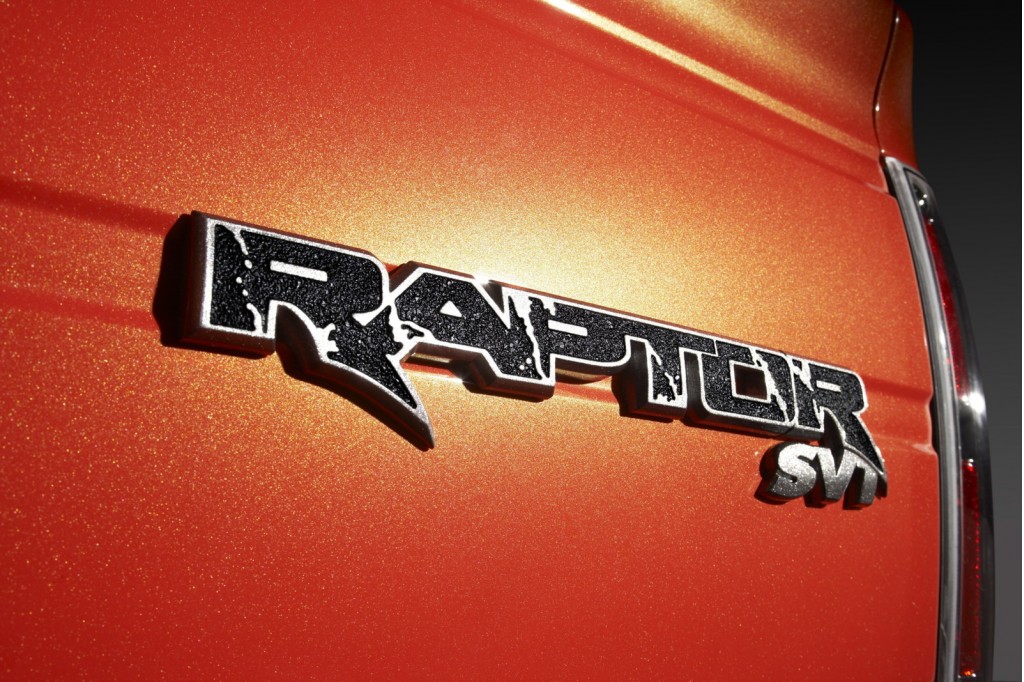 The 2010 Ford F-150 Raptor opened to rave reviews when it was launched, and now it's selling better than even Ford thought it would.

The company released a statement yesterday saying that 5,300 orders have been placed for the truck, and demand in the Midwest and Southeast has been greater than anticipated. All this, and the optional 411-horsepower 6.2-liter V-8 hasn't even begun production yet.

This is from the press release: “We couldn’t be more pleased with the popularity of the F-150 SVT Raptor,” said Mark Grueber, F-150 Marketing manager. “Orders have exceeded our expectations. The truck is so popular that we actually wound up building more 5.4-liter V-8 models than we had originally anticipated. The order banks are now open for the all-new 6.2-liter V-8, and the orders keep rolling in.”

The demand in the Midwest and the Southeast is surprising, because the Raptor is a desert-runner, tailor-made for the American Southwest. It's not a stoplight dragster like the late Ford Lightning, nor is it a boulevard cruiser like the Harley-Davidson edition of the F-150.

I suppose its off-road capabilities could make it right at home in the swamps of Louisiana, the backwoods of Georgia, or the forests of Michigan. I also suppose that a lot of buyers like the idea of buying a top-line truck that offers performance upgrades over the standard F-150, regardless of where they live.

Of course, a low-volume production vehicle won't bump the bottom line that much, no matter how well it does. But the initial success of the Raptor does give Ford a lot of showroom buzz. And that will only help the automaker going forward.