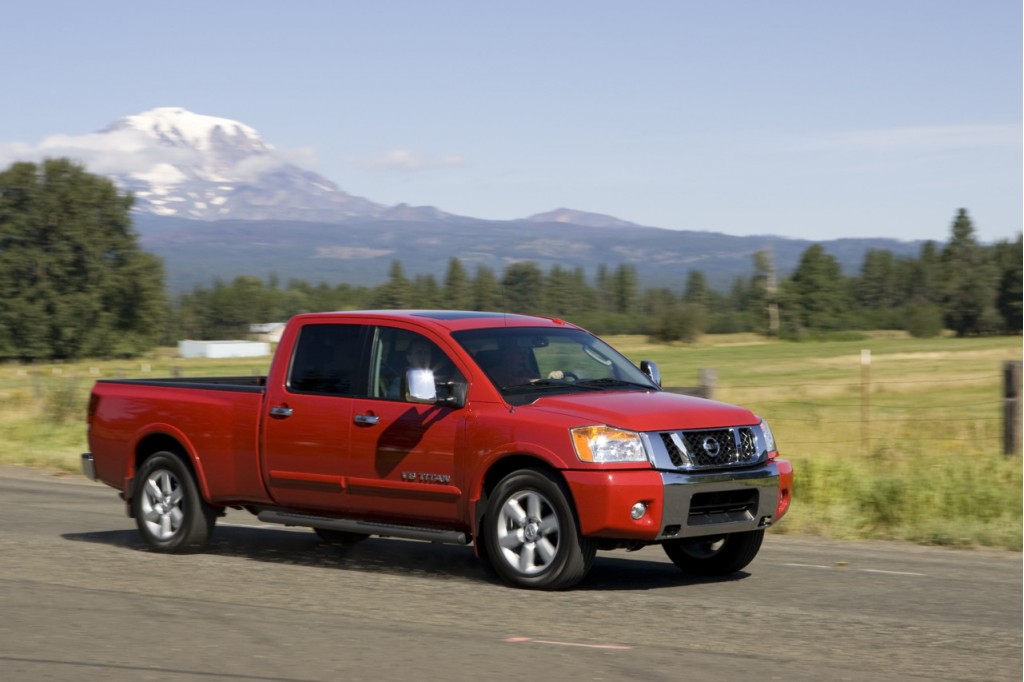 An occasional feature here at APT is our "review recap," where we take a look at what other sites in the High Gear Media family, especially The Car Connection, are saying about a particular make and model. We already had the 2010 GMC Sierra 1500 today, and before signing off for the weekend, we are going to bring you a two-fer--the 2010 Nissan Titan, and in just a bit, the Nissan Frontier.

Car Expert Bengt Halvorson had this to say about the 2010 Nissan Titan: "Thanks to styling that resists the almost identical cues used by other major truckmakers—along with a strong V-8 engine—the Titan stands out from the crowd. Yet those same attributes give the Titan limited appeal; while other full-size pickups try to be everything to everyone, with special focused models for all sorts of work and play, the 2010 Nissan Titan offers just one engine and a limited lineup that's aimed more at casual, recreational users than the hard-hat crowd, though there are some innovative features."

Digging further into the details, Halvorson writes this about the truck's 317-horsepower 5.6-liter V-8: "The engine provides strong acceleration and works very well with the standard five-speed automatic transmission. But fuel economy is poor; the combination gets ratings as low as 12 mpg city, and TheCarConnection.com has seen even worse numbers in real-world driving."

Halvorson also takes a peek into the Titan's creature comforts: "The cabin of the 2010 Titan is roomy and comfortable, with good seating for four full-size adults in Crew Cab versions. Shorter drivers will appreciate the power-adjustable pedals. But interior materials leave a lot to be desired; the drab look and feel of the interior plastics is tough to get over—particularly if you've tested other trucks in this class—but overall the interior is very functional, with lots of storage spaces for smaller items. Although the engine note is a bit too loud for some tastes, the Titan rides comfortably for a truck, with very little road or wind noise."