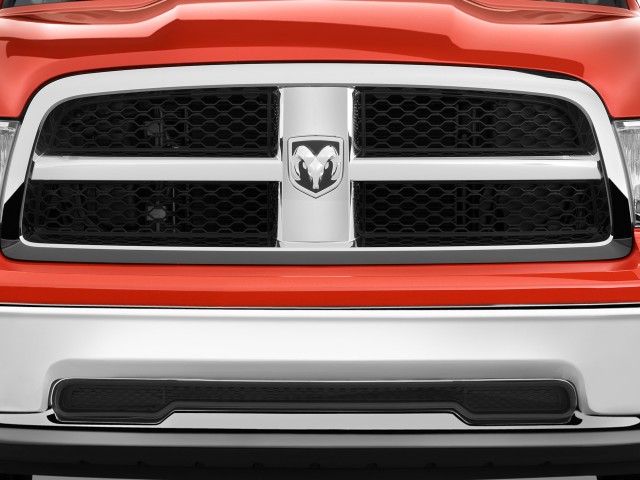 When lawyers come a-calling, the news is never good. Folks at Florida's Lake Mary High School learned that lesson the hard way when Chrysler's legal team contacted them back in January. The pinstripers insisted that Lake Mary had copied Chrysler's trademarked Ram image and used it as the high school's ram logo. Chrysler ordered the school to stop using the purloined logo by June of 2010.

As always, there are three sides to every argument.

The argument that's been made most often in the media comes down in favor of the high school. "Doesn't Chrysler have better things to do?", the reasoning goes. "Why don't they focus on polishing up their brand and making decent cars? If they'd done that before, maybe the federal government wouldn't have had to bail them out." In other words, Chrysler should spend its limited resources on things that truly matter -- namely, rebuilding itself.

There is, however, a less popular argument to be made -- one that's critical of the designer who revamped Lake Mary's logo a few years ago by flat-out copying the iconic Dodge Ram rather than drafting a bighorn from scratch. That's not just lazy design work, it also demonstrates a stunning ignorance of basic copyright law. And as everyone remembers from Business Law 101 or NYPD Blue or our parents: ignorance of the law is no excuse. In short, Lake Mary's graphic designer has every right to be called to the mat, as do the high school administrators who approved the logo's use.

The third argument lies somewhere in-between. Yes, Lake Mary High School was wrong to steal the Dodge Ram logo ("steal" being an appropriate word to use in this situation). And yes, Chrysler has every reason to order the high school to cease and desist using its trademarked image. However, given Chrysler's abysmal sales stats and its severely tarnished public image (thanks to the bailout, not to mention some very iffy auto quality), the company would've been much better off letting this one slide -- or at least, handling it in a much quieter way. We've reserved judgment on marketing honcho Olivier Francois and his controversial re-branding campaigns, but this incident makes us think that Chrysler might need to shake up its PR team.

To Lake Mary's credit, the high school has admitted copying the Dodge Ram logo, and it has agreed to remove all such imagery from campus by June 15. To Chrysler's credit, it has agreed to pay for the creation of a new logo for Lake Mary High School -- hopefully, a logo crafted by a designer who actually designs. Still, it appears that the school will be responsible for the removal of the ram logo from the gym floor, park benches, and other surfaces, which will add unnecessary expense to the school's annual budget. And the entire incident has soured many Lake Mary students, parents, and supporters against Chrysler -- possibly for good.

Sadly, this seems to be a lose-lose for both Ram teams.